‘My Hero Academia’ chapter 285 release date, spoilers: Shigaraki’s revenge after receiving blows from Deku; Bakugo is his next opponent 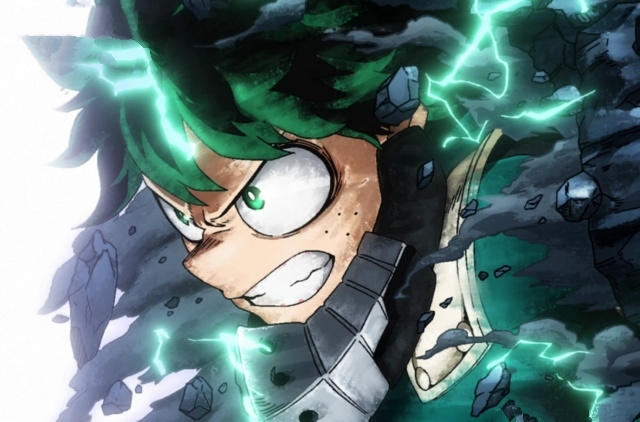 The story is heating up and in the upcoming “My Hero Academia” chapter 285, fans can expect more fighting scenes. This is because Shigaraki is currently facing the heroes who are trying their best to destroy him now before his people, which is the League of the Villains, reach him.

Deku gave his all to put down the most powerful villain so far. He has been squeezing out all the powers that he can produce from his One for All quirk to save the heroes and the citizens by defeating Tomura Shigaraki.

However, in the previous “My Hero Academia” chapter 284 titled “Deep Blue Battle,” Deku learned that it is not easy at all. This is especially true because Tomura has the skills to regenerate which means that even after a massive attack, he can heal and regain his power back.

Deku used his Blackwhip to avoid Shigaraki’s Decay that can result to another massive destruction. Fortunately, her response worked and defused the attack however, he needs to keep Shigaraki up in the air or he will launch another blow.

On the other hand, Katsuki also reminded Deku that he should stay away from the villain now because Eraser Head can’t use his Erasure quirk to help. But then Deku answered that he really should stick around because no one else can keep Shigaraki up in the air except him.

Later, Deku realized that his Blackwhip is slowly losing its effect as Tomura is starting to be resistant to his attacks. While the villain is healing slowly at this point, Deku knows that this is bad news.

Spoilers - What’s up ahead

While the villain has been mostly taking in Deku’s blows in the last chapter, the next story which is “My Hero Academia” chapter 285, Tomura may stand up again and get his revenge. Thus, more battle and release of quirks are expected.

Deku’s quirk is slowly losing its hold on Tomura so Bakugo will appear and resume the fight with Tomura. Bakugo will be facing the villain in “My Hero Academia” chapter 285 by pushing Endeavor out of this way.

“My Hero Academia” chapter 285 is set to be released on Sept. 27. Raw scans will come in earlier and will be around by Sept. 23 on the latest issue of Weekly Shonen Jump.