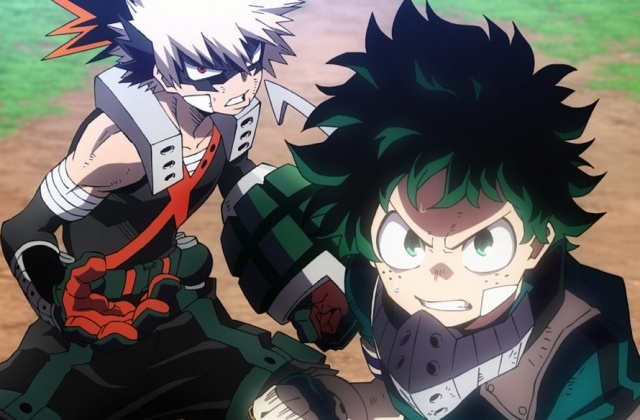 The student heroes consisting of class 1-A and 1-B are working together to save the city from the villains. The enemies are approaching the city as they want to meet their “liberator” Tomura Shigaraki after hearing he has woken up.

What happened in the last chapter

In the recently released “My Hero Academia” chapter 280, Mina Ashido was seen running toward the giant Gigantomachia as she tries her best to deliver the tranquilizer to his mouth.

The plan of the UA students is to sedate the giant since it is impossible to defeat him while conscious.

However, Mina failed when Gigatomachia suddenly goes haywire after remembering about his mission and that is to meet his master Tomura Shigaraki and serve him. Mount Lady was also helping by pulling the giant villain’s mouth open but he was pushing all the heroes away and they failed again.

Mina almost died too but her classmates Eijiro Kirishima and Tetsutetsu saved her from being crushed. After taking Mina away from Gigatomachia, it was Kirishima’s turn to scale the monster and try to drop the canister into his mouth. However, he was stopped by Himiko Toga and her attack broke the canister.

Fortunately, Kirishima has another canister and he threw it straight to Gigatomachia’s mouth. Finally, the tranquilizer has been delivered but they still have to contain the giant before the pills take effect.

Spoilers - what’s up ahead?

In the upcoming “My Hero Academia” chapter 281, the giant realized that he needs to get rid of the hero students to get to Tomura. While he is fighting them, the other League of Villains members are backing him up by launching a series of attacks and in the end, the students are winning.

On the other hand, Shigaraki and Endeavor are back in “My Hero Academia” chapter 281. They will be battle again in this new episode while the former waits for his followers to come for him.

Bakugo, Endeavor and Midoriya face Shigaraki who is still in a confused state. It is yet to see if Gigantomachia and the rest of the villains will get o him. They surely have gotten closer to their “liberator” but the UA students sedated the giant so there’s a chance he will not meet them.

“My Hero Academia” chapter 281 will not be available this week and the next. It will be on break for two weeks. As per VIZ Media, it will be back on Aug. 23.