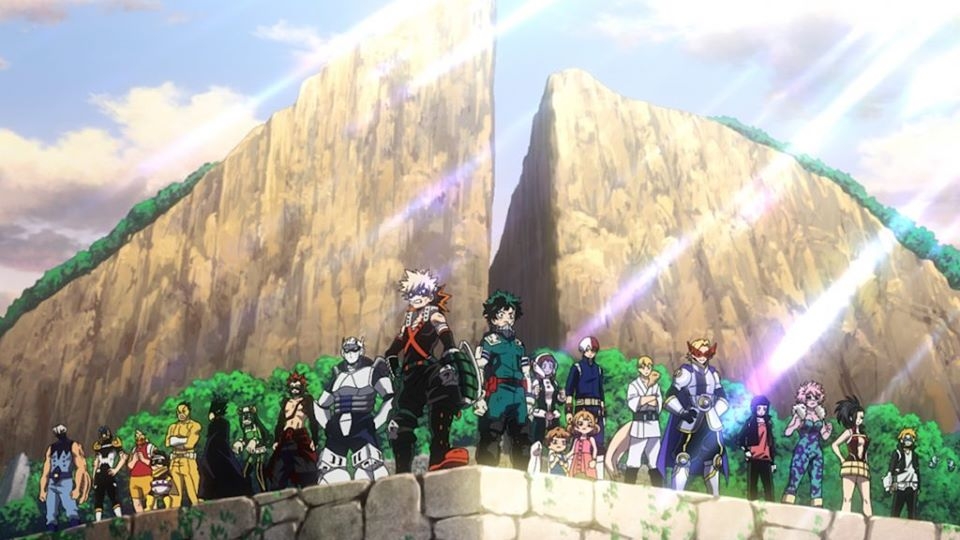 The official “My Hero Academia” chapter 272 release date is still a couple of days away but spoilers on the upcoming chapter are already here. Untranslated scans suggest one action-packed manga installment ahead. Here are some of the highlights.

According to “Boku no Hero Academia” chapter 272 spoilers, the title of the chapter is Ohaiyo (in Japanese), which could either be translated as Good Morning or Hello. It’s not clear which translation would be used in the official English version but both would fit the chapter, which is basically about Shigaraki finally waking up.

“MHA” chapter 272 starts with Shigaraki finally opening up his eyes after a few months inside the vat. This takes place in Dr. Garaki’s lab which is located underneath the hospital.

Pro-hero Burnin, along with some 1-A students such as Tsuyu, Iida, Shoto, Bakugo, and Ochako, is busy helping civilians evacuate the town. Suddenly, Deku notices something’s wrong seems to be happening in the hospital.

Deku’s suspicions proved to be spot on. At that point, X-Less looks in shock as Shigaraki sits up while still drenched in the fluids inside the vat.

Then the horror starts. Present Mic, who is transporting Dr. Garaki away, stares in shock as the walls of the tunnel starts to crumble. He understands that this can only be the effect of Shigaraki’s quirk Decay. Gran Torino hurriedly flies both Present Mic and Garaki out of the lab to escape the destruction.

But the destruction brought by Shigaraki’s quirk isn’t limited to the hospital alone. Deku and other rest who are busy helping with the evacuation watched as the trees started to shake. Apparently, Shigaraki has become so powerful that the range of his quirk has increased as well.

Various buildings start to decay as well. Everyone becomes desperate as they try to escape the terrifying quirk. Wash tries to save as many people as he can but there are too many civilians and the Shigaraki’s quirk arrived without warning. Some pro-heroes even perished in that one attack.

One such fallen Pro-hero is Crust. As Aizawa tried to escape from the lab, one of the High-End Nomus that survived grabbed his leg. Soon, decay starts to erode the Nomu and even approached Aizawa’s leg.

Thankfully, Crust cuts off the Nomu’s arm by summoning a shield. As Aizawa turns around to the hero who saved him, all he saw was Crust giving him a thumbs up before he turned into dust due to decay.

It looks like X-Less, who was nearest to Shigaraki when the latter woke up, won’t survive as well. Everything around Shigaraki turned into dust saved X-Less' cape, which he wears. Unfortunately, there is no trace of the pro-hero left, suggesting that he too was consumed by the villain’s quirk.