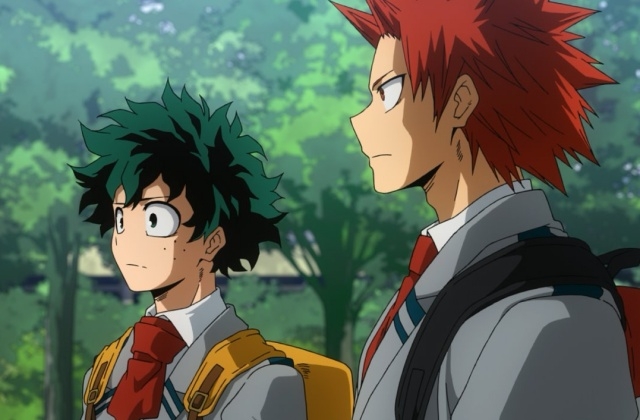 “My Hero Academia” chapter 262 is coming, and it will follow the story titled “High-ends,” where the heroes finally attacked the hospital where the nomus are being made by Dr. Ujiko. Endeavor and the rest of the good guys are evacuating the hospital as they fight with the villains at the same time.

But unfortunately, as much as the fans want to see what will happen next in “My Hero Academia” chapter 262, they may have to wait a bit more as it was revealed by NhaManga that there would be no update this week. It means that the upcoming chapter has been delayed.

“My Hero Academia” chapter 262 will show an intense fight between the high-end nomus and Mirko. Although there are other heroes, the female fighter is the only one who was left to face the powerful monsters created by Ujiko in his lab.

She called for the others to back her up because even if she single-handedly defeated the nomus, she needs help now as she is already bloodied, and this last nomu is really powerful. She is also finding it hard to destroy Shiga as he has been using the Twice quirk that allowed him to make an exact copy of himself. As he is being attacked by Mirko, he commanded all the high-end Nomus to come out of their glass enclosures, but these are not fully developed yet so they can really get crazy.

It was predicted that with the way the fight is developing at the hospital, Mirko might eventually be defeated in “My Hero Academia” chapter 262. The number of the high-end nomus is overwhelming, and she can’t get help from the Endeavor and the other heroes because they are busy fighting the other villains too.

The raid at the Jakku Hospital led by Endeavor may be successful in the sense that they figured out and stopped the production of nomus, but the downside is that many of the heroes may die, and Ujiko has one last trump card which is Tomura Shigaraki which he considered as his masterpiece.

It is yet to see in “My Hero Academia” chapter 262 how the heroes will tackle Shigaraki, and can they defeat him? Meanwhile, Game N Guides reported that this chapter is set to be released on March 2.