‘Val x Love’ season 2: Hints that a new installment is coming; What to expect once the series is renewed 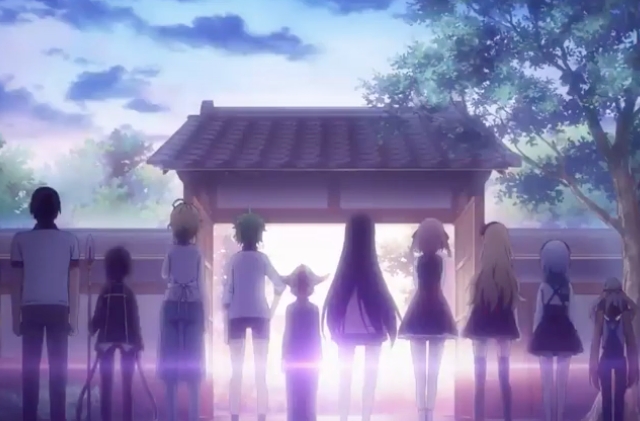 “Val x Love” season 2 is up next after the first installment ended in December last year. However, there is no announcement yet with regards to the renewal of the anime; thus, the waiting is still on for the continuation after the last chapter’s “The Loving Maiden” story.

In that finale, one of the sisters of the Valkyries almost died, but Takuma saved her by doing something that they thought was impossible. He fetched Misa’s soul that was transported to another realm.

Misa was stabbed to death by a demon, and no one from the Valkyries can heal her back to health. Takuma, who was assigned by the god Odin to be his nine daughters’ Einheijar or lover, found his power and transformed. With his skills, he was able to keep Ichika in her powerful Valkyrie form by getting her continuously recharged, plus, he was able to bring back Misa’s soul by bravely venturing out to an unknown realm and saving her.

At the end of “Val x Love” season 1 episode 12, Takuma received love confessions from three of the Valkyries, and they are Mutsumi, Natsuki, and Itsuyo. With this kind of ending, it is sure that “Val x Love” season 2 will still arrive to provide the next chapters and see what happens next.

Also, Takuma just got powerful, and he will surely unleash these newly-found skills when faced with new villains that will surely come as the demons were defeated in season 1. Surely, “Val x Love” season 2 must be renewed to show the new Takuma, and perhaps, he will now be known as a hero instead of someone that people are scared of. With just these two reasons, it is enough to say that a second season is coming.

Once “Val x Love” season 2 is confirmed, it was predicted that Takuma might be in love with one of the nine sisters. However, this will be a problem since he needs to love all of them. If he only sets his eyes on just one of the Valkyries, jealousy may cause serious problems, and this will affect their mission to save the world.

It is also likely that Takuma will become someone great, sort of successful man because he is also an achiever in school. Rather than rejection, people will love him in “Val x Love” season 2, just like how he is winning the love of the sisters.

“Val x Love” season 2 is predicted to be released in October.