‘Money Heist’ season 5: Villain returning in the series’ finale - Who is it? 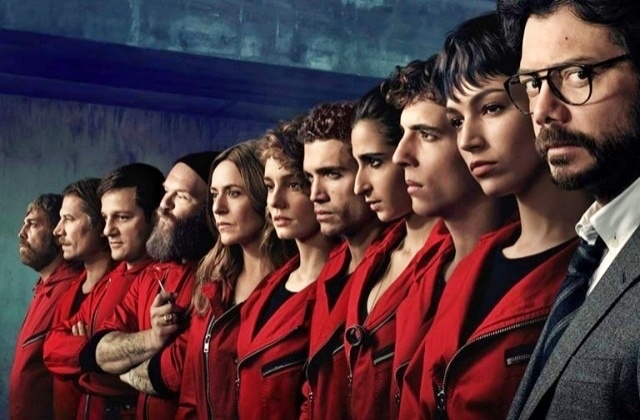 The “Money Heist” is ending in the upcoming season 5 and since it is the finale already, it was reported that some characters are coming back. In particular, one of the villains was said to have been confirmed to return.

As per Express, as the thieves are still trapped inside the Bank of Spain, the Spanish Police force will continue to hunt the gang members down. The robbers will be facing the most dangerous situation they have been in since they started their planned heists.

It was repealed that one of the police officers will be the group’s most brutal enemy and he is inspector Suarez. His return was said to have been confirmed when the actor playing the character, Mario de la Rosa, actually hinted about it on social media.

On Instagram, he told his followers that he will be in “Money Heist” season 5 to reprise his role. Now, he is expected to face-off with the thieves which is bad news because it will be harder for the team to get out safely in the building.

It was added that De La Rosa also uploaded a video of his outfit for this character and the police vest surely indicates that he is back in the fifth and final season of “Money Heist” which is also known as “La Casa de Papel.”

In any case, El Professor can’t help his team since he was already caught in his hideout by inspector Alicia Sierra. He was held at gunpoint and it is almost certain that he would end up in jail and probably tortured to reveal pertinent info.

The Korean version is in the works

Meanwhile, as “Money Heist” season 5 will mark the end of the popular foreign-language series that is being streamed over Netflix, it was reported that it will somehow continue as there will be a Korean version of the drama.

Based on the report, this was already confirmed and in fact, in the works already. Alex Pina will serve as its executive producer and he is very pleased with the remake. This will be directed by Kim Hong Sun who has worked in some popular Korean action dramas.

“Korean creators have been developing their own language and audiovisual culture for years,” Deadline quoted Alex Pina as saying. “They have managed, like our series, to go beyond cultural borders and become a point of reference for thousands of viewers around the world and this is why I find it fascinating that the world of ‘La Casa De Papel’ is so attractive to Korean creators as to do an adaptation.”