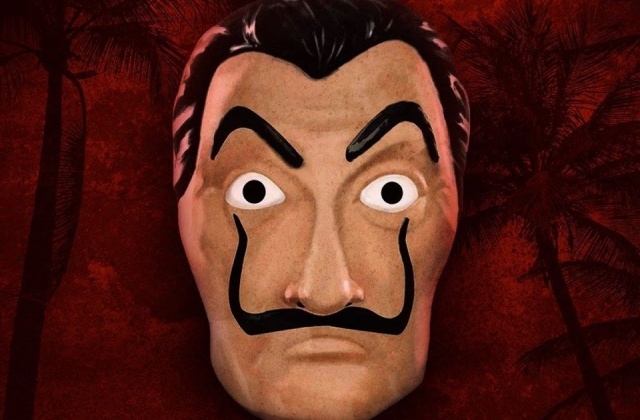 Netflix finally announced the renewal of the “Money Heist” season 5. Fans have been waiting for this notification for months so this news really excites the viewers. They can’t get enough of this crime-heist drama thus the fans want it to be released sooner.

The renewal announcement was made at the end of July via the show’s official social media page. However, there is also a bit of sad news as Netflix seemed to have also revealed that the “Money Heist” season 5 is going to be the series’ finale.

On July 31, the biggest streaming provider company posted an image of the thieves’ cracked mask and in the caption, they wrote: “Part 5: The heist comes to an end.” Many interpreted this as informing the viewers about the drama’s last run.

There is no explanation as to what this really means but many are convinced that the “Money Heist” season 5 is the last installment in the series. Besides, with how the story is unfolding, it seems correct that the drama is coming to an end. The thieves are already busted and once they’re all caught while others died, the story concludes.

“We've spent almost a year thinking about how to break up the band,” What’s on Netflix quoted show creator Alex Pina as saying in a statement. “How to put the Professor on the ropes and how to get into situations that are irreversible for many characters.”

Pina added that in “Money Heist” season 5, the war has already reached the “most extreme and savage levels.” He said that this would also be the most epic and exciting season.

As per Express, a new enemy was revealed when the showrunner shared spoilers on the fifth season’s casting. Alex Pina could have hinted about El Professor’s new enemy and it is either Miguel Ángel Silvestre or Patrick Criado who are both set to join the cast in “Money Heist” season 5.

Some fans feel that between the two, it seems that the former will be that man. They made this conclusion after citing the showrunner’s statement of what the new enemy should be like.

"We always try to make sure that our opponents are charismatic, intelligent, shiny,” the publication quoted Pina as saying. “In this case, in a pure war film genre, we also look for characters whose intelligence can measure up against The Professor’s."

With that description, fans are convinced that Alex Pina just confirmed that their guess is correct. It will be Silvestre because he fits the bill of a ruthless and cunning police that can rival El Professor. Meanwhile, “Money Heist” season 5 is predicted to arrive in 2021 with 10 episodes.