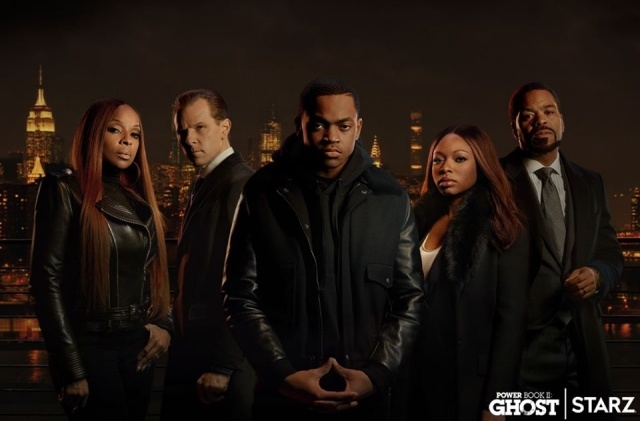 Starz is ready to launch the “Power” spinoffs that will begin with “Power Book II: Ghost.” Although the title bears James “Ghost” St. Patrick’s name, he is actually not in this story. Rather, it will be focused on his son Tariq and ex-wife Tasha.

St. Patrick’s appearance in “Power Book II: Ghost” was only during his funeral, and perhaps, he will also be seen a few times if there are backstories. In any case, Starz dropped the first episode in the spinoff series as its premiere is just around the corner.

“Power Book II: Ghost” was supposed to be released in summer but because of the coronavirus pandemic, the production team was forced to delay its release. Now that the schedule is back in place and a release date was already set, Starz unveiled the drama’s full trailer.

This was actually uploaded last week and an in-depth view of what to see in the upcoming “Power Book II: Ghost” really excite the fans. It revealed how Tariq (Michael Rainey) is coping with his life as a student after his father James St. Patrick (Omari Hardwick) was laid to rest while his mother Tasha (Naturi Naughton) is in jail.

Book II will pick up not long after Ghost died and his son Tariq has gone back to college since it is the only way he can get his inheritance. Then again, his life will not be smooth because he started the illegal works again to earn money so he can get his mom out of jail.

He started to deal with drugs again to afford a lawyer so he was forced to study and operate his illegal business as his mom’s lawyer Davis Maclean (Method Man) is hungry for money. He needs to earn more to satisfy him and he has no choice since this attorney is the only person that can get Tasha out.

On the other hand, Cooper Saxe (Shane Johnson), is determined to let Tasha rot in jail. He is doing this as an act of revenge with the St. Patrick family.

Now, while Tariq runs a drug-dealing operation, he met Monet Stewart Tejada (Mary J. Blige), a businesswoman. She is powerful and it seems she can help Tariq.

TV Guide revealed that aside from the mentioned cast members above, the other new face is LaToya Tonodeo (Diana) and Daniel Bellomy as Ezekiel "Zeke" Cross. Other new cast members are Paige Hurd as Lauren, Woody McClain as Cane Tejada, Melanie Liburd as Caridad "Carrie" Milgram, Lovell Adams-Gray as Dru Tejada and Justin McManus as Jabari Reynolds.