'Better Call Saul' season 6: Finale to reveal Kim’s hidden side and showrunner hints the ending is filled with sadness 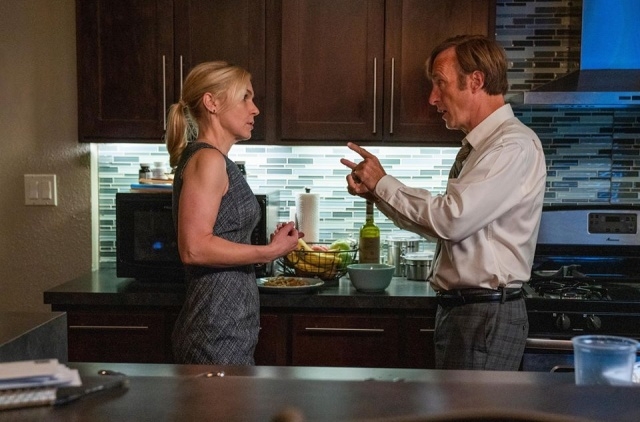 The final season of “Better Call Saul” is coming up after it was confirmed to end after six installments. However, it will not be airing any time soon as filming is not yet done.

While it is unfortunate that the show already reached its end, fans are anticipating “Better Call Saul” season 6 because the storyline is really intriguing at this point. They want to know what will happen to Jimmy McGill after he got entangled with the cartel.

It is also interesting to see Kim Wexler backing her husband even if she knows that he is not doing his job in an upright manner. The viewers were expecting her to straighten Jimmy’s path but it turns out that she is joining him in the crooked path instead.

Kim Wexler is a character in “Better Call Saul” who has not made an appearance in the “Breaking Bad” drama. This is why the viewers are waiting to see what will happen to her in the finale. Did she disappear or die in season 6 that’s why fans didn’t see her in “Breaking Bad?”

In any case, Rhea Seehorn, the actress playing Kim said that she is happy to have been cast in the series. She also hinted that the followers of the drama will see a different side of her in “Better Call Saul” season 6.

“I feel lucky that I did not think of this as one giant arc of this mask coming off,” Seehorn said Deadline’s virtual Contenders Television event as she discusses about the new sides of her character. “It was for me, filling in the jigsaw puzzle, taking the pieces that are there in these brilliant scripts that have as much loaded in not speaking as speaking.”

Will Kim disappear in season 6? Showrunner teased about the sad ending

In the same virtual event, showrunner Peter Gould also revealed that fans should prepare for an unexpected conclusion of “Better Call Saul” season 6. He especially mentioned about Kim and Jimmy’s story. He did not elaborate but suggests that their story would be gloomy.

“We have a lot of ideas about where Jimmy and Kim are going,” Gould said. “There are some ideas which I am so excited about, but there is also a lot of sadness to where this is going.”

It seems that Kim will be the center of “Better Call Saul” season 6 instead of the lead protagonist Jimmy McGill. This is because her character is interesting and she’s turning from an upright person to someone like Jimmy who also has his Saul Goodman persona, a crooked lawyer.

In fact, Screenrant mentioned that when Kim discovered her husband’s dealings with the cartels, she did not stop him like what was expected of her. Rather, she proposed an illegal scheme that will benefit them in the end.