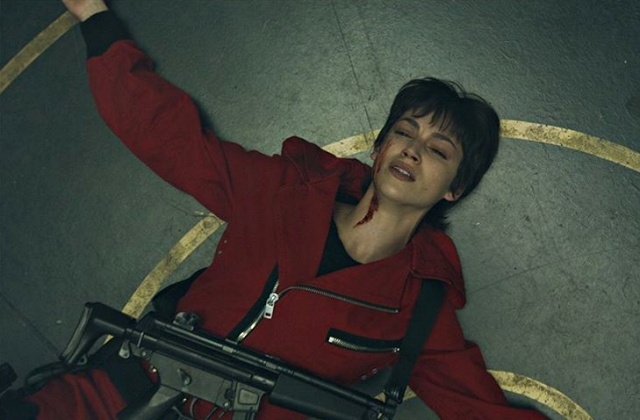 “Money Heist” season 4 will be around soon, and before it arrives, it is better to know more about it to understand the drama better. Firstly, it a Spanish drama that was originally released in Spain, and the locals know it as “La Casa de Papel.”

The show was bought by Netflix in 2017 while retaining the credits to Alex Pina, the creator of the drama. After it was aired on the leading streaming site, its popularity blew up, and it gained huge followers around the world. With good feedback and great viewership ratings, the show has been continuously renewed, and now “Money Heist” season 4 is coming.

As mentioned, Netflix ordered the renewal of the series three times already, and a new report emerged one again. It was claimed that the streaming giant made another decision to order more episodes since they are done filming “Money Heist” season 4.

As per the details that were posted on Film Daily, it was said that while “Money Heist” season 4 is still awaiting its premiere, Netflix wants the cast and crew to get back to the set and film the next installment. This means to say that the company just renewed the show and what makes this news more exciting is the fact that season 6 is also said to be on the way.

Before Film Daily published the report, the Spanish paper called La Vanguardia already wrote a story about “Money Heist” season 5, so fans are really happy with this development. The series offers a good plot and great actors, and these are the main reasons for the drama’s success and appeal to the viewers around the globe.

There are people who were wounded and died in the last installment, so there are characters who are not coming back anymore. But those who are confirmed to return to “Money Heist” season 4 include Alvaro Morte (El Profesor), Itziar Ituno (Lisbon), Miguel Herran (Rio), Jaime Lorente (Denver), Esther Acebo (Stockholm) Luka Peros (Marsella) and Ursula Corbero as Tokyo.

Although Nairobi was hurt at the ending of season 3, it was revealed that she would live, so Alba Flores is set to return as well. Now, to replace the characters who left, Najwa Nimri and Enrique Arce will be added to the cast line up as Alicia Sierra and Arturo Román, respectively. However, their roles are unknown.

“Money Heist” season 4 was confirmed to be back on April 3.