Moderna COVID-19 vaccines found to have contaminants; 2 deaths under investigation in Japan 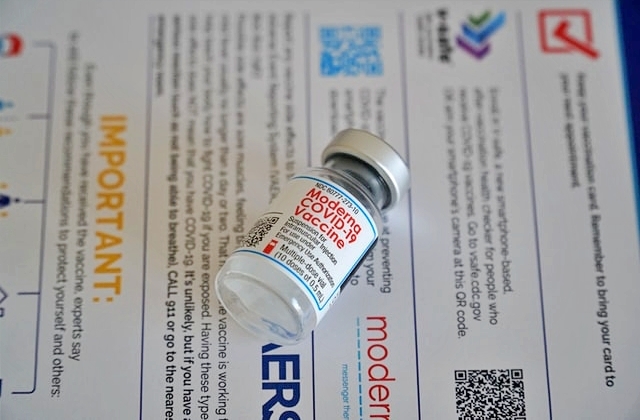 Moderna COVID-19 vaccines have been suspended in Japan after the discovery of contaminants. It was reported that the Gunma prefectural government stated on Sunday, Aug. 29, that some foreign substances were found in the coronavirus vaccine made by the American biotech company Moderna.

The vaccine was tested after a series of reports regarding contaminants in the product have emerged in Japan. According to Kyodo News, a blackish foreign matter was detected during the inspections prior to the vaccination schedules. The pollutant was said to be less than 0.5 millimeters in size.

The vials have different lot numbers from the initial three lots that were already suspended last week. The Moderna vaccine lots with the contaminants were found last Thursday and Saturday in Okinawa. The vials were said to have black and pink substances in them.

Unfortunately, around 4,500 people were inoculated with the possibly contaminated Moderna shots. The affected lots were used in the vaccinations for over three days last week in Gunma. The territory is the seventh to report about the foreign substance in the Moderna vaccine after Okinawa, Aichi, Gifu, Saitama, Tokyo, and Ibaraki.

The country’s Health, Labor, and Welfare Ministry said that rubber pieces may have dropped into the vials when the needle syringe was punctured into the rubber to take out content. Other than the foreign matter, there is no issue with the quality of the vaccine.

Now, while some experts say that it is safe to continue with the inoculations using Moderna vaccines as the quality is not affected, an investigation has been launched with regards to the death of two Japanese citizens who received the Moderna jab. They were said to have passed away just days after their vaccination.

CNN News reported that the authorities are investigating if the deaths have links to the contaminated Moderna vaccines. As of this time, there is no conclusion yet, but the experts are continuing their assessment to determine the safety of the shots.

Takeda Pharmaceutical Company said in a statement that was released last Saturday, "Currently, no link has been confirmed between these deaths and the Moderna vaccine, but we believe it is important to carry out a formal probe to investigate the matter further."