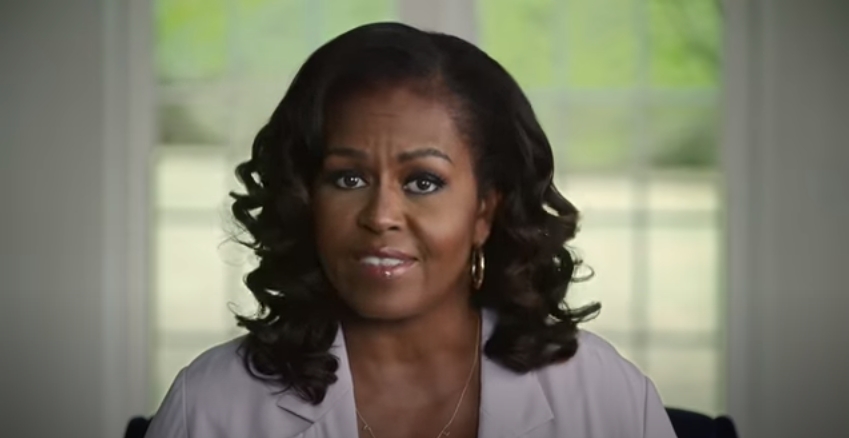 Former first lady Michelle Obama made her case for former vice president Joe Biden during the Democratic National Convention a few months back. With weeks to go until the November elections, Mrs. Obama blasted Donald Trump in a new video marking her final argument in support of the Democratic challenger.

In a 24-minute video titled “Closing Argument,” shared by the Biden Campaign, Obama ripped into Trump, calling him out for his racism and recklessness during a pandemic that has now affected millions of Americans and killed 210,000 of them. Without mentioning that Trump himself contracted COVID-19 last week, Michelle accused him of trying to “gaslight” the American public into thinking that the pandemic is not very serious. Obama also criticized Trump for flouting guidelines set by the health experts in preventing the spread of the disease, as well as his endangerment of many of his supporters’ lives by holding campaign rallies.

In calling Trump out for his racism, the former first lady urged white Americans to have empathy, to be part of the solution in addressing systemic racism. In turn, Michelle also praised the former vice president, reiterating his character and years of experience as well as saying that Biden is “a good man who understands the struggles of everyday folks.”

Michelle urged everyone to turn out for Biden in the upcoming elections. “Search your hearts, and your conscience, and vote for Joe Biden like your lives depended on it.”

Like many last week, Michelle tuned in to the first presidential debate between Trump and Biden. The former first lady shared her thoughts about the chaotic debate that ensued on Instagram, the televised event of which, was widely criticized by many in large part because of Trump’s behavior. “If you were turned off by the President’s behavior last night, I feel you. Believe me, I do. But we can’t let him win by tuning out altogether. That’s what he wants,” wrote Michelle.