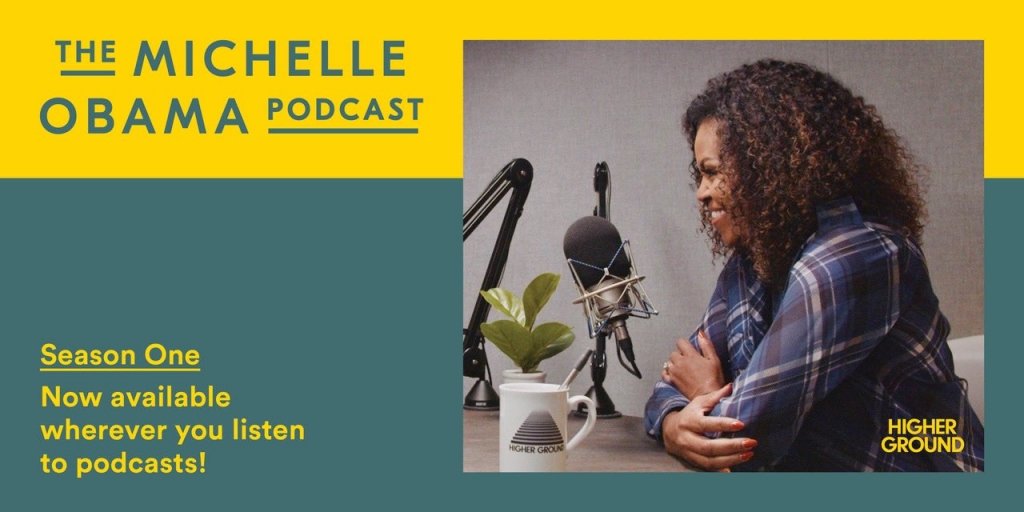 Former first lady Michelle Obama recently concluded her self-titled podcast. In her latest social media updates, Michelle thanked everyone who listened for their support and announced the availability of her podcast on all platforms.

The former first lady took to Instagram to post her thanks to all her fans and listeners. Michelle’s podcast featured several friends and celebrities, where they talked about a variety of topics, from how they spent their time under quarantine, mental health, to relationships and marriage. Michelle also opened up her own personal experiences, such as her life with her husband, former President Barack Obama, and their two daughters Malia and Sasha, after leaving the White House.

From the outpouring of praise towards the podcast episodes and the first lady, Michelle announced that her podcast, which was a Spotify-exclusive, was now going to be available on all platforms where podcasts could be listened to.

Meanwhile, Michelle, much like her husband, voiced her support for Democratic presidential candidate Joe Biden, making her case for the former vice president during the Democratic National Convention. Despite not actively campaigning for Biden, Michelle has focused on encouraging voter turnout among Americans, stressing the need to vote for the upcoming election.

Like many, she has also tuned in to the first presidential debate between Biden and Donald Trump, which immediately turned into a heated exchange between both candidates, even moderator Chris Wallace. The former first lady has since shared another update on social media, telling her followers and supporters that she understands how thrown off they must have felt from the debate because of Trump’s behavior.

“If you were turned off by the President’s behavior last night, I feel you. Believe me, I do. But we can’t let him win by tuning out altogether. That’s what he wants. So turn those feelings into action -- turn them into votes for my friend, @JoeBiden. It’s the only way we can get out of this chaos and restore some stability to this country,” wrote Michelle in her Instagram post.

The first debate easily spiraled out of control, with both Biden and Trump exchanging jabs at each other. Many viewers have also criticized Wallace for not being able to keep the debate under control. Some have called for moderators to be given the ability to mute microphones of the candidates should debate rules be violated.