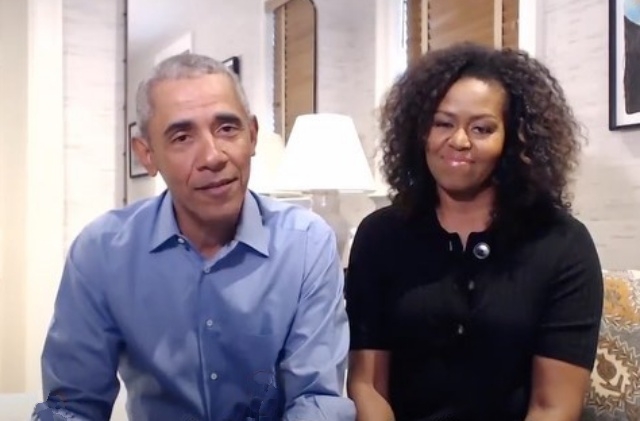 Michelle Obama was said to have confessed something unpleasant regarding Barack Obama. The former FLOTUS once wished she could throw her husband out the window.

Michelle’s anger and her husband

As per Globe, Michelle Obama shockingly confessed that she thought of throwing Barack away. She was said to have revealed this during a podcast interview with Conan O’Brien.

At that time, Michelle was really angry at Barack and her fury reached the maximum height that their situation got intense. She admitted that she could remain angry for a long time, so it can really get to an extreme point once she vented out some steam.

Allegedly, one of the things that she hated about her husband and can set her off is his habit of telling her that he is on his way home already but he would come in much later.

Now, sources went on to claim that Michelle Obama and Barack are only acting sweet and okay as a couple when in public but they are actually on the verge of getting a divorce. They are preparing to split up because it is an inevitable situation at the moment.

“They put on a good show in public,” the source stated. “The reality is that things are bleak as hell between them.”

The story from Globe has many holes so Gossip Cop went to work and did some investigation. After all the checking, it determined that the story was fabricated. It is totally false and there was even a claim that the former first couple is getting a $150 million divorce.

This was another story but Gossip Cop also debunked this for the lack of evidence and it does not make sense in the first place. This is also not the first time that the publication debunked stories that were released by Globe, in fact, this already happened many times before.

Finally, it is true that Michelle Obama had an interview but when she said that she wanted to push Barack out of the window, it was taken out of context. What should have been a comical quote was turned into a nasty rumor or a crumbling marriage.