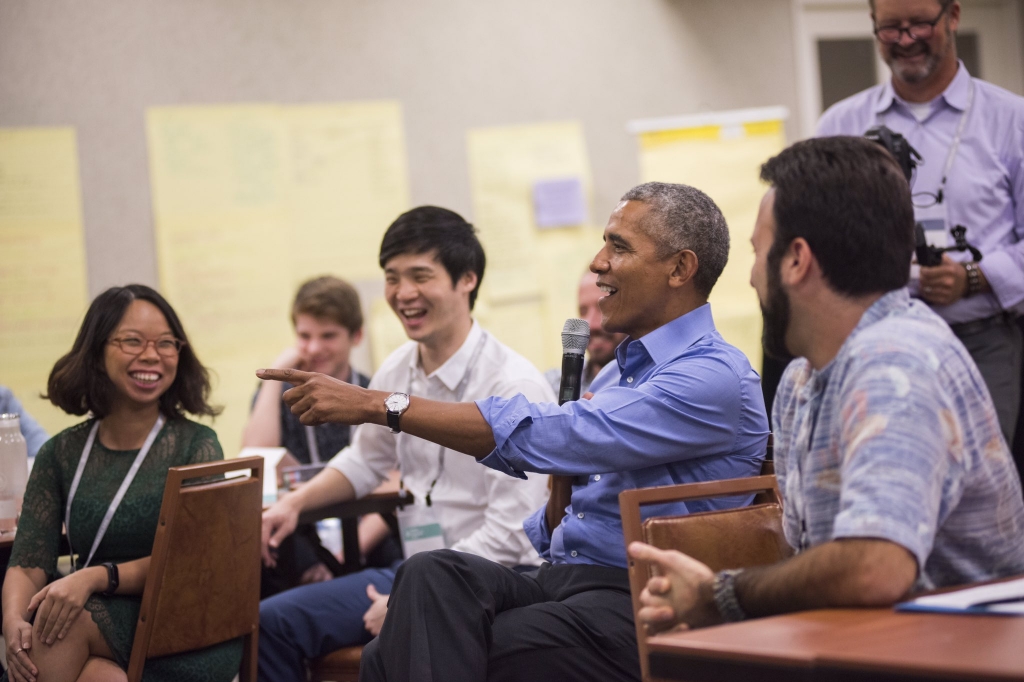 The Obamas are among the most influential political figures, with former first lady Michelle Obama actively encouraging Americans to register to vote by stressing the importance of their votes. This time, former president Barack Obama appears in a video by ATTN: aimed at Gen Z and Millenial voters to register and vote.

ATTN: premiered a video on Wednesday, featuring the former president urging many Gen Z and Millenial voters to register to vote and turn out for the 2020 Elections this November mixed with some humor in the form of sourdough starters and his Renegade. Obama also shared the video to his followers on Twitter.

“Over the last few months, I’ve learned a thing or two from the young people in our country. I figured I would return the favor by sharing with you how to make a plan to vote in this upcoming election,” tweeted the former president. Obama also included a link to the Vote Save America page in his tweet.

Obama’s video is one of many videos from popular figures in politics, entertainment, and sports that hope to increase voter turnout and get more eligible Americans to register to vote. Michelle co-chairs the nonpartisan organization When We All Vote, aimed to help Americans register to vote and participate in voting in the upcoming elections.

Meanwhile, Donald Trump’s former fixer and personal attorney Michael Cohen previously revealed why he thinks Trump hates his predecessor so much. Trump has often attacked Obama during his eight-year presidency and even after leaving the White House. For the past several months, in the midst of campaigning for his former colleague Joe Biden, Obama has since spoken out against Trump as well, most notably in his speech at the Democratic Convention.

In an appearance in The View on ABC, Cohen revealed that Trump’s contempt for Obama is mostly out of racism aside from his ivy-league education. Cohen claimed that Trump had never been able to understand how the country ended up voting for Obama at the time, who would become the first African American president of the United States.

“I believe it’s solely predicated on the fact that Barack Obama is Black,” said Cohen.