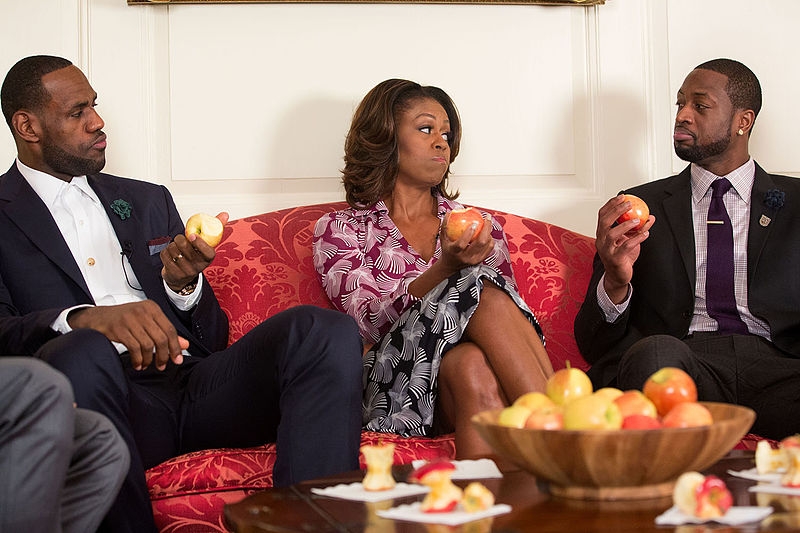 Although she does not engage in politics as much as possible, former first lady Michelle Obama has actively pushed for voting and increasing voter turnout. With her organization When We All Vote, Mrs. Obama has teamed up with an organization founded by NBA superstar LeBron James in generating excitement amongst their supporters towards early voting and voting turnout.

The former first lady and James’s respective voting organizations, When We All Vote and More Than a Vote, are aiming to provide support at early voting sites starting on October 18 to 31. Through these organizations, they will also provide transportation, information, food, music, and personal protective equipment to help Americans to be able to vote safely and securely in the upcoming elections.

“Millions of Americans have already cast their ballot and with only 21 days until Election Day, making your plan to vote early is critical,” said the former first lady in a statement. “It’s now up to us to do everything in our power to get our friends and family ready to vote early and safely together. We can’t leave anyone behind.”

Michelle’s organization has made other efforts to incentivize early voting, through $1 million in grants and supplies to local voting organizations to host their own activities to increase turnout. When We All Vote is hosting a couch party on October 23. As for the in-person activities, all activities will be following the strict guidelines regarding the prevention of the spread of COVID-19 by the Centers for Disease Control.

Last week, the former first lady furthered her support for the Democratic presidential nominee Joe Biden, in a 24-minute video dubbed her closing argument in making her case for Biden. Michelle bluntly calls Donald Trump and his allies out for fear-mongering about Black and Brown Americans. Mrs. Obama also called Trump out for his racist actions and pointed out that Trump is often trying to distract the public from the administration’s shortcomings by laying the blame on other people, such as the ongoing protests calling for an end to systemic racism and racial injustice.

“Racism, fear, division, these are powerful weapons,” said the former first lady in the video. “And they can destroy this nation if we don’t deal with them head on.”