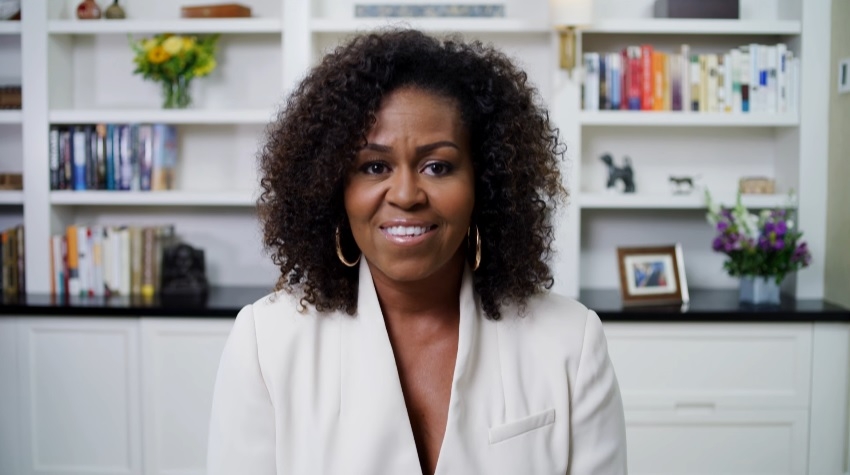 This year’s graduates may not have a traditional ceremony, but they are quite fortunate to have huge personalities providing them with commencement speeches including the former United States first lady Michelle Obama. In her latest address to the Class of 2020, Michelle Obama encouraged them to go beyond using hashtags online through activism and participating in the country’s democratic process, aka voting.

Michelle Obama was part of a star-studded livestream event hosted by YouTube over the weekend titled “Dear Class of 2020.” She and her husband, former President Barack Obama, gave separate speeches that mainly addressed America’s current situation, especially the nationwide protests against police brutality and racial inequality.

Protests broke out across the U.S. after George Floyd, a 46-year-old African-American man, was killed on May 25 while being arrested by Minnesota police officers. Floyd’s death happened just weeks after campaigns to demand justice for Ahmaud Arbery and Breonna Taylor have also sparked nationwide outrage.

She acknowledged that they may sometimes feel it is easiest to attend protests with strangers than to call out bigotry within their own social circles, family, and neighborhoods. The best-selling author of “Becoming” also recognized that participating in online actions are useful during a pandemic, but noted that it is only the beginning and encouraged the graduates to “go further.”

Obama then enumerated ways at which the new graduates could participate in all levels of elections. “Graduates, this is how you can finish the work that the generations before you have started, by staying open and hopeful even in the tough times, by channeling that discomfort you feel into activism and a democracy that was designed to respond to those who vote,” she added.

Will Michelle Obama work in the White House again?

Joe Biden, the most likely Democratic nominee to face Donald Trump in November, has also repeatedly said he would love to have Obama as his vice president. But the Grammy winner has been adamant in not wanting to run for office, so it seems unlikely that she would be coming back to the White House for official duties.

However, Obama is not entirely detached from politics. Her efforts, however, are directed towards encouraging more people to vote rather than getting elected herself. Obama headed the launching of the non-profit When We All Vote in 2018 with the main goal of increasing voter participation in America.