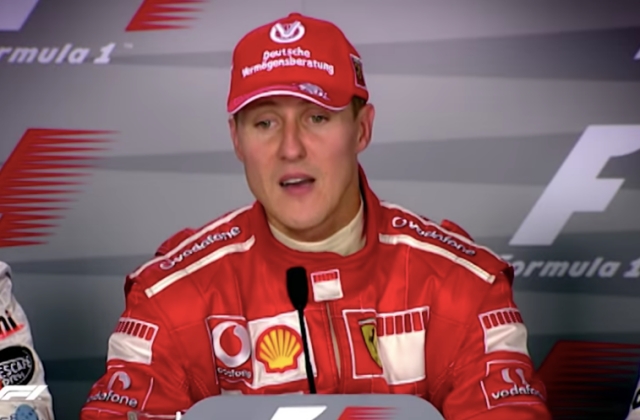 Michael Schumacher has been out in the car racing world since he sustained a grave injury to the head in 2013. Nearly a year after he announced his official retirement from the F1 league, he was badly hurt while skiing with his family in the Alps.

Keeping it a secret

The racing champ almost lost his life in the accident but he was revived after doctors put him in a coma that lasted for months. It is not clear how long it was before he returned to consciousness because, at that time, his family already decided to keep his health condition and recovery progress a secret.

There was a total media blackout where journalists could not even gather information about Michael Schumacher’s condition and his family managed to keep it this way up to now. It has been over seven years since the accident and yet, only those who are close to Shumi and his family know how he is today.

Who shares info with the public?

Despite the strict secrecy, there are few details that still able to make its way to the papers and online publications. The info provided came from some of Schumacher’s friends or colleagues and sometimes from medical professionals who treated him once.

Through them, it was leaked that Michael Schumacher still seeks treatment from hospitals as his family tries everything to make him healthy again. Recently, it was reported that he was brought to a hospital in Paris for a stem cell procedure, one of the newest treatments available today and a doctor who did the procedure on him reportedly confirmed it.

Moreover, the racing champ continues with his road to recovery, the selected people who are allowed to see him include his former manager at Ferrari, Jean Todt. Last year, this friend revealed to the public that Michael Schumacher is “still fighting.”

“Michael is in the best hands and is well looked after in his house,” Express quoted Todt as saying. “He does not give up and continues to fight and his family is fighting just as much.”

The publication also mentioned another one of his friends, F1 chief Bernie Ecclestone, also said something optimistic with regards to Schumi’s health. He said that he is looking forward to the day when Michael himself will be the one to answer all of the people’s questions on his health condition.

But then, one doctor seemed to have dismissed Michael Schumacher’s friends’ claims that he will be back after full recovery one day and come back normal. According to The Independent, a neurosurgeon shared what is really going on and it is far from what was claimed.

Nicola Acciari, a leading surgeon in Bologna, seems to allege that the truth is - Michael Schumacher is a different person now who is far from everyone remembers him to be. He said that since Schumi suffered from a serious head injury and has been on treatment for more than six years now, he is likely to have been “altered” at this point.

“We must imagine a person very different from the one we remember on the track, with a very altered and deteriorated organic, muscular and skeletal structure,” he told Contro Copertina via The Independent. “All as a result of the brain trauma he suffered.”