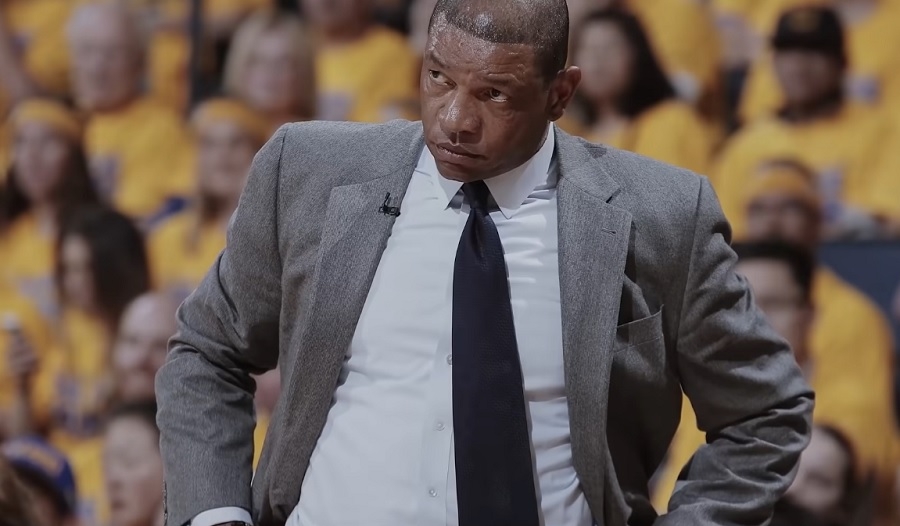 From the official trailer of the sports documentary “The Playbook” | Photo credit: Netflix / YouTube screenshot

Many NBA fans may have seen this coming, but it is now confirmed that Doc Rivers will no longer head coach the Los Angeles Clippers starting in the 2020-21 season. Aside from looking for a new coach, the franchise will also have other big decisions to make in its offseason with some key players, such as Montrezl Harrell, entering the free agency.

Clippers is undoubtedly one of the NBA teams that will have the most interesting offseason. A huge part of it can be attributed to their playoffs upset after blowing a 3-1 lead over the Denver Nuggets. The latter proceeded to the Western Conference Finals where they faced the LA Lakers, who won the championship in game 5 last Saturday.

Setting off the Clippers’ crucial offseason was the Monday announcement of Rivers leaving his team for the last seven years. “When I took this job, my goals were to make this a winning basketball program, a free agent destination, and bring a championship to this organization,” Rivers wrote on Twitter in a message to thank the Clipper Nation. "While I was able to accomplish most of my goals, I won't be able to see them all through.”

While many fans believed Rivers was fired after the Clippers’ upsetting finish in the NBA bubble in Orlando, ESPN reported franchise owner Steve Ballmer has insisted it was a “mutual decision.” The same report mentioned that Rivers’ contract with the team was not supposed to end in two more years.

This is unlikely the end of Rivers’ coaching career in the NBA, though. Just a few hours since his exit from the Clippers was announced, the 2000 NBA Coach of the Year awardee has reportedly received calls from the New Orleans Pelicans and the Philadelphia 76ers, according to The Undefeated’s Marc J. Spears. Both teams had previously parted ways with its respective coaches, Alvin Gentry and Brett Brown.

Montrezl Harrell is likely to sign with the Clippers again, report claims

Clippers’ two big stars, Kawhi Leonard and Paul George, both have contracts with the team through season 2021-22 but some of their key players off the bench are joining the free agency this year. The list includes Harrell, the reigning NBA Sixth Man of the Year.

Harrell is set to become an unrestricted free agent and reports have it that he could generate interest from multiple teams. The latter is not surprising considering he posted an average of 18.6 points and 7.1 rebounds with a 58% field goals made in season 2019-20.

However, The Athletic (via Sports Illustrated) previously reported that Harrell is likely to stay with the Clippers but there are other issues the team has to deal such as his reported sour relationship with George. Due to the changes in the NBA schedules this year, the date for the opening of the free agency is yet to be decided.