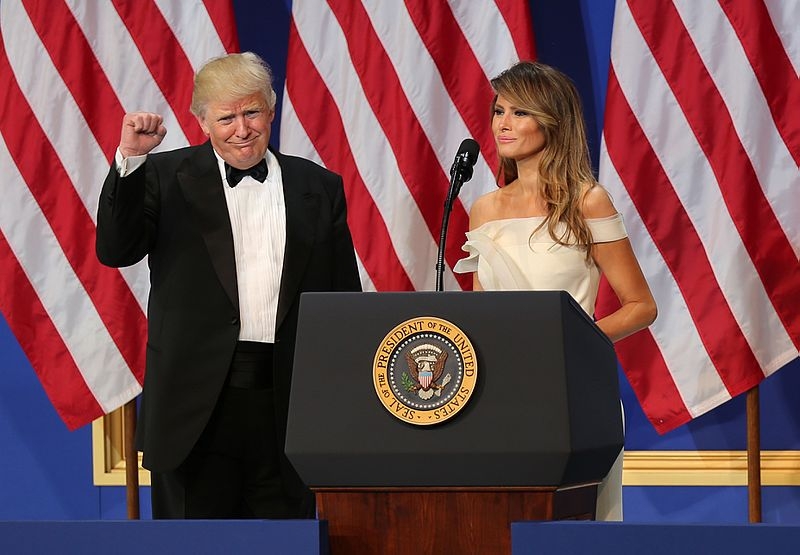 There have been many speculations regarding the marriage of now-former first couple Donald and Melania Trump. A new book by Melania’s former chief of staff, Stephanie Grisham revealed that the former president blasted his wife over her infamous jacket then lied about her reason for wearing it.

Excerpts from Grisham’s book, “I’ll Take Your Questions Now,” were obtained by the Washington Post, revealed that Mrs. Trump was given an earful of criticism from her husband over her infamous “I really don’t care” jacket that she wore on her visit to the migrant children at the border. Grisham revealed that Mrs. Trump was concerned about her husband’s policies on immigration and the aftermath of those policies that she wanted to get a first-hand look at the situation at the border.

“The first lady had been upset by the situation her husband’s immigration policies had caused and wanted to see it for herself,” said the outlet. “For reasons that still remain a mystery, she’d ordered a $39 jacket from Zara. Grisham said she was on her phone ironing out details for the trip and missed the chance to stop Melania Trump from wearing it.”

Upon immediate backlash, Mrs. Trump maintained that it was simply a jacket on the plane ride back to Washington. When she returned, Melania was summoned to the Oval Office, where, according to Grisham, it was the first time Mrs. Trump was called to the Oval Office in such a way in front of the White House staff. Trump yelled at his wife, asking them, “What the f*** they thought they were doing,” before thinking of a solution, later tweeting that Mrs. Trump’s jacket was a message to the “Fake News Media.”

Another revelation from Grisham’s book also touched on the kind of marriage the Trumps had. The New York Times, which also had excerpts from Grisham’s book, revealed that whenever Mrs. Trump was upset at her husband. She would use the arm of a “handsome military aide” to make Trump jealous. One instance was when her husband admitted to having an affair while she was pregnant with their son Barron Trump.

“After the Stormy Daniels story broke and all the allegations that followed from other women, I felt that Mrs. Trump was basically unleashed,” wrote Grisham.