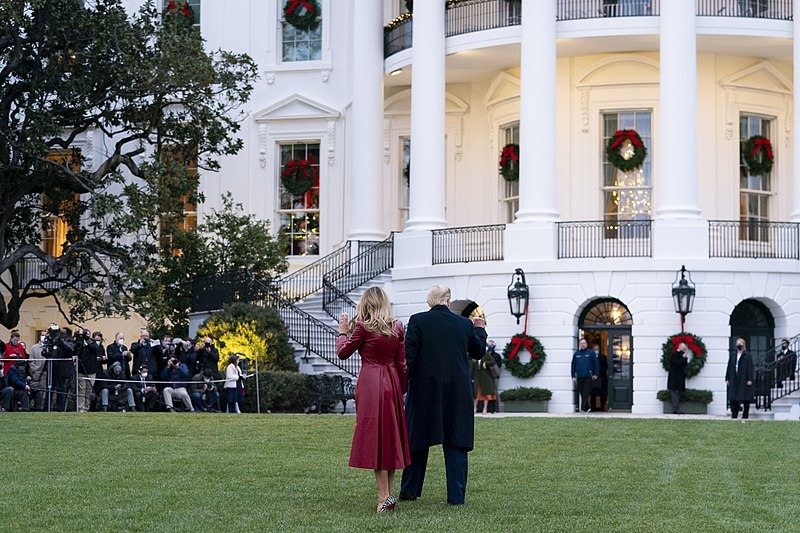 Many in Donald Trump’s inner circle are already acknowledging the reality that Joe Biden’s administration would be moving in Washington. This also includes his wife, first lady Melania Trump, who is already reportedly focused on the preparations to move out of the White House.

CNN reports that despite Melania’s public echoing of her husband’s sentiments, she is already privately preparing to move out of the White House. The exiting first lady has also appointed one of her aides, Marcia Lee Kelly, to assist her in the move and reportedly asked about what is available to her in terms of budget and staff. Even as her husband is pushing his chances to overturn an election, Melania is already set on determining which of their belongings would go to either their home in New York or to Mar-a-Lago in Florida.

According to a person familiar with the matters, Melania is now focused on “going home.” They have also noted that Trump’s plans to run for office again in 2024 may not sit well with her.

Other people familiar with the matter revealed that Melania appointed Kelly, who previously ran the White House Office of Administration to discreetly talk to certain officials in the West Wing as well as an official from the Office of Management and Budget to find out if there were taxpayer funds that would be allocated to outgoing first ladies. There is none. The usual perks that come post-White House are reserved for the outgoing president and there is nothing else from the government for the first lady. The exception of which is only in the form of a $20,000 annual pension that is paid out when the husband dies.

Recently, Melania took to social media to praise Jenn Horton, who is a first-grade teacher in Michigan. Horton raised $20,000 for restaurant workers in the midst of the COVID-19 pandemic in the country. The first lady tweeted her praise to Ms. Horton while also mentioning her Be Best initiative during her meeting via Zoom to talk about kindness at this time. However, her tweet was mocked by users on social media, who pointed out her husband’s administration’s response to the pandemic as well as her husband’s attacks on individuals while pushing his fraud claims.