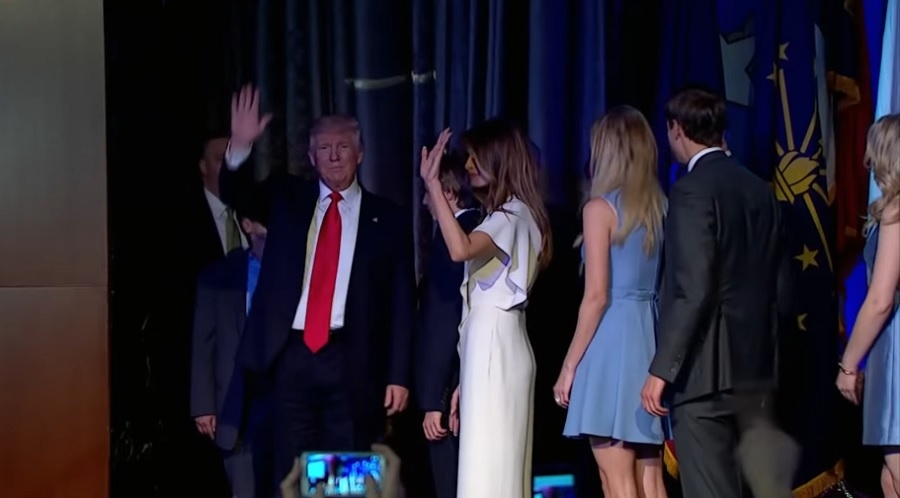 From the official trailer of “Get Me Roger Stone” | Photo credit: Netflix/YouTube screenshot

The relationship of Melania Trump and Ivanka Trump behind the cameras is probably one of the most speculated aspects of the Trump family dynamic since they occupied the White House. It was then not surprising that the newly released book on the first lady has dedicated spaces to tackle it.

Shortly after Donald Trump’s inauguration in early 2017, Ivanka was the first one to appear more active in taking part in his father’s presidency. Melania, on the other hand, delayed her move to the White House for several months, leaving room for critics to speculate on her willingness to take on the East Wing.

Melania has proven she is up to the task of being the first lady while Ivanka has been appointed as Senior Advisor to the President. Since then, reports about them shifted focus to the numerous similarities of their work from their first solo trips down to their social media strategies. It only fueled the long-running rumor that Melania and Ivanka do not have the best relationship.

However, Kate Bennett’s unauthorized biography titled “Free, Melania” appears to debunk rumors that there is a simmering feud between Melania and Ivanka. One of the author’s sources described the relationship as “Cordial, not close.” Another reported book excerpt shared the two support each other, but a source added that the first lady does not appreciate Ivanka joining the President on international trips because Melania allegedly feels like the first daughter is “invading her turf.”

While Bennett’s book distinctly identifies as an “unauthorized biography” of Melania Trump, the White House partly agreed to participate in it – a decision they now regret since its release last week. Trump responded to the widely reported book through White House press secretary Stephanie Grisham, who told the Guardian, “Sadly, it includes many false details and opinions, showing Ms. Bennett spoke to many anonymous people who don’t know the first lady.”

Grisham confirmed that the White House “worked with” Bennett, though the scope of their collaboration was not defined. The spokesperson to the first lady and the President added Melania was “surprised” at the content of the book and that Bennett was not honest.