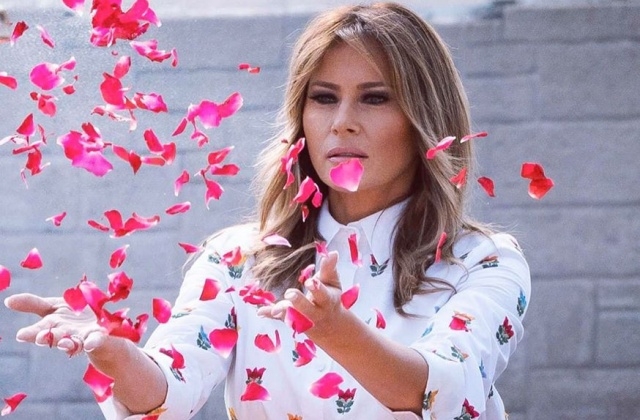 Melania Trump has a new biography book coming and it is an unauthorized one penned by Pulitzer awardee reporter, Mary Jordan. It has been scheduled for release this June and it’s called “The Art of Her Deal.”

The author is also a journalist who writes for The Washington Post and it was revealed that she actually started to write the FLOTUS biography even before Donald Trump won in the US. presidential election. USA Today reported that Jordan was already working on it in 2015 and everything she wrote in the book was fully and meticulously researched.

Jordan explained that she investigated everything about Melania Trump, from her childhood years in Slovenia to the time she started to work as a model and her relationship with Donald who later won as president of the U.S. The author revealed that as she digs into the First Lady’s life, she learned that far from how the media often portrayed her as a reluctant first lady and what most people assumed, the former professional model is actually more ambitious in the political arena.

To put together Melania Trump’s “The Art of Her Deal” unauthorized biography, Jordan conducted over 100 interviews since she wants to highlight her life before she became America’s 45th first lady.

“The picture is one of a woman who is savvy, steely, ambitious, deliberate, and who plays the long game,” the announcement from the American publisher, Simon & Schuster, reads. “With the help of key people who speak publicly for the first time and never before seen documents and tapes, ‘The Art of Her Deal’ paints a surprising portrait of a determined immigrant and the life she had before she met Donald Trump.”

Release date and Donald Trump’s participation in the bio

Since this is Melania Trump’s biography, Mary Jordan could have interviewed the POTUS as well since she is a big part of her life. However, it was said that he did not participate in any way, in making the book. The White House was said to have turned down the author’s request to interview the president.