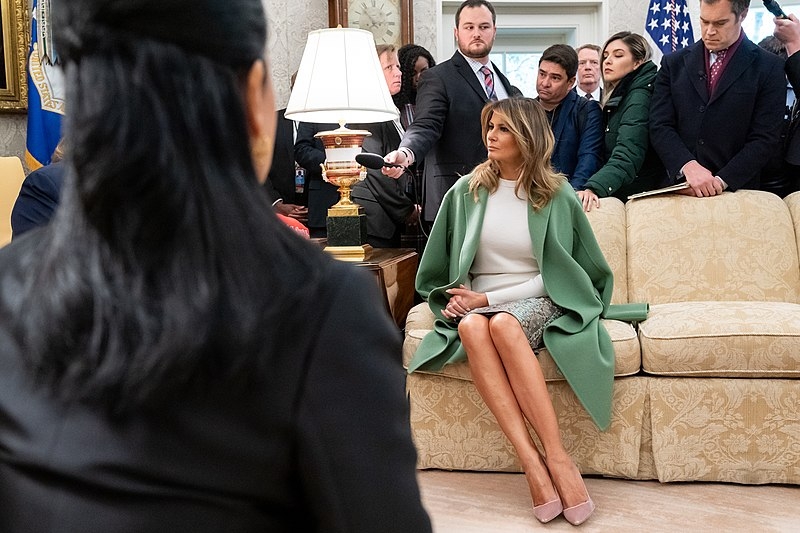 In the midst of the pandemic that has placed the United States and other affected countries in a standstill of chaos, the Trump administration is currently undergoing some changes in personnel. Recently, White House press secretary Stephanie Grisham will be leaving her post to become the new Chief of Staff of First Lady Melania Trump.

CNN reports that Grisham will be leaving her post as White House press secretary despite never having briefed the press. Grisham will be returning to the East Wing, where she will be serving as Chief of Staff for Melania, replacing Lindsay Reynolds, who reportedly resigned earlier in the week in order to spend more time with her family. Grisham’s leaving from the West Wing follows the reports of President Donald Trump’s new Chief of Staff Mark Meadows, going through some personnel changes in the communications department.

Melania released a statement announcing Grisham’s return to her staff as well as expressing her gratitude to Reynolds. “I am excited to welcome Stephanie back to the team in this new role. She has been a mainstay and a true leader in the administration from even before Day 1, and I know she will excel as Chief of Staff. I appreciate all that Lindsay did over the past three years, and wish her well in her future endeavors,” said the First Lady.

Grisham will be replaced by Kayleigh McEnany as White House press secretary. McEnany was the spokeswoman for Trump’s 2020 reelection campaign. Meadows is also appointing Alyssa Farah, the current Defense Department spokeswoman, to be the director of strategic communications. Ben Williamson, one of Meadows’ staff members, will become the senior communications adviser.

The First Lady is making efforts to be a visible presence in the midst of the coronavirus pandemic. Melania strongly urged Americans via social media to wear protective face masks and take social distancing seriously when in public places. “As the weekend approaches, I ask that everyone take social distancing & wearing a face mask/face covering seriously. #COVID19 is a virus that can spread to anyone - we can stop this together,” said the First Lady in one of several tweets over the weekend.

Melania also retweeted tweets from the Centers for Disease Control & Prevention regarding the measures that need to be taken to slow down the spread of the coronavirus, such as frequent hand-washing and practicing social distancing.