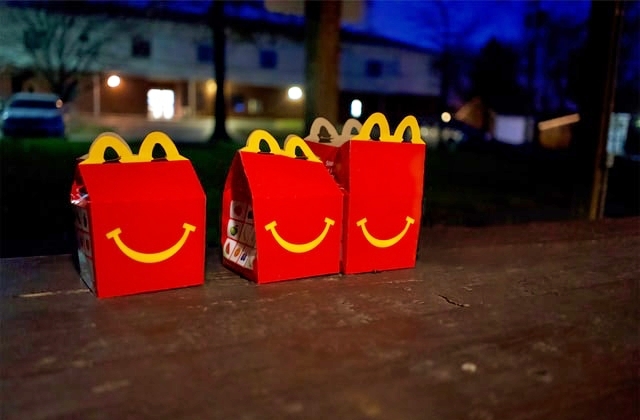 McDonald’s revealed earlier this week that it would make significant changes to its Happy Meal toys in an effort to cut the use of plastic. The fast-food chain’s meal package for kids always comes with a toy, and they are always made of plastic, and it wants to cut down on this material that is contributing to climate change.

McDonald’s will get rid of the plastic by doing a makeover for its Happy Meal toys. It will now be shifting to more eco-friendly materials and cut plastic in the more than 1 billion toys that it sells every year around the world.

According to Reuters, the burger joint giant is looking to introduce sustainable Happy Meal toys and greatly reduce the use of plastic by the end of 2025. McDonald’s is planning to do this by swapping out plastic figures of the characters it features to cardboard cut-outs that children can put together to make a 3D toy. Board games may also be introduced as well.

McDonald’s will also introduce toys in its Happy Meals that are made from plant-based plastics or recycled materials. It was said that these changes would cut the company’s use of virgin fossil fuel-based plastic by 90% compared to three years ago.

The new McDonald’s Happy Meals with sustainable toys are expected to make their way to its restaurant outlets in at least 100 countries. The main aim is to avoid using packaging and other items that can be harmful to the environment.

CNN Business reported that more toy options are coming to McDonald’s Happy Meals, and in the United States, these types of eco-friendly toys will be included in the kiddie meal packages starting January 2022.

It was said that this is the latest development in McDonald’s commitment to making its Happy Meal program healthier, safe and better. In the past, it was mentioned that after facing controversies, the company improved its Happy Meal menu to offer more nutritious food.

Finally, McDonald’s move is also hinged on the previous backlash it faced some years ago. At that time, the consumers expressed their concerns over the restaurant’s toys as they generated plastic waste. There was even a petition that was started by teenagers, and this gained attention from the public and the media, so thousands of people have signed.