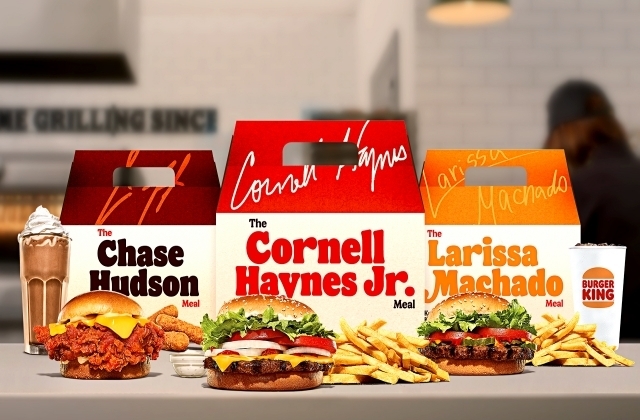 Burger King has entered the world of blockchain through the launch of its non-fungible token (NFT) “Keep It Real Meals” campaign. The fast-food giant teamed up with Sweet NFT Marketplace for this project.

As mentioned on Decrypt, the new Burger King NFT is part of its “Burger King Real Meals” campaign, where it collaborated with three artists: Cornell Haynes Jr., Chase Hudson, and Larissa Machado. In the BK meals, they have been nicknamed LILHUDDY, Nelly, and Anitta, respectively.

Now Burger King is taking the NFT initiative to release digital collectibles and let its customers unlock NFTs that will offer them different kinds of rewards. Collecting the digital items will also allow them to play the BK NFT game, where prizes await the players.

We teamed up with @BurgerKing for a gamified #NFT experience. Get your #KeepItRealMeals box & scan the QR code. ????

Based on the report, the prizes range from 3D Burger King digital collectibles, autographed items, free Whopper burgers for a year, and “once in a lifetime call with one of the campaign’s celebrities,” which means a personal call with either Nelly, Anitta, or LilHuddy.

In any case, BitBoy Crypto explained that the Burger King NFT collectibles for the game include three items for each celebrity. Each one of them has three different game pieces, and these are the Flippable, Real Signature, and Behind the Scenes. Every game piece has one of three suit icons, and these are the Fries, Shake, and Burger.

Finally, when a customer collects a set for any of the artists, he or she will be given a special 3D Burger King NFT or other limited Prizes. In the Sweet platform, customers can open their accounts and trade any Game Piece. Anyone can just follow the instructions for Burger King “Keep It Real” NFT game to win more NFT collectibles.