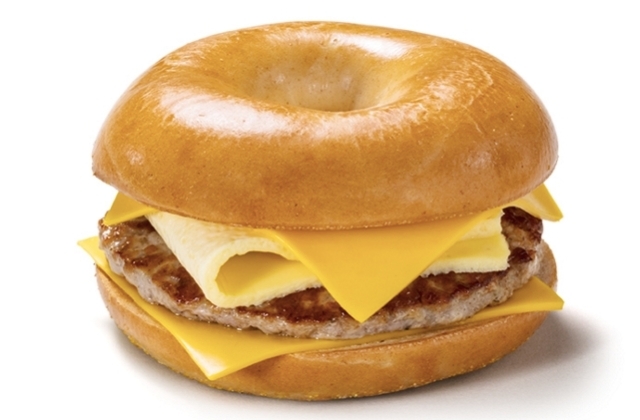 McDonald's U.K. made a bit of change in its breakfast menu lineup, but it disappointed many customers. This is because the fast-food chain has removed two food items that many diners love.

McDonald's U.K. officially took out the Breakfast Bagels and Breakfast Wraps from the menu, and they will be permanently gone. The announcement was posted by the U.K. unit of the world-famous burger joint on social media on Monday, Jan. 24.

The restaurant said that the removal of the bagels and wraps is not only in effect at select outlets but rather, all the branches across the U.K. will stop selling the favorite breakfast items.

McDonald's U.K. has around 1,300 stores and all of them will not be offering the axed menu starting this month. Many customers did not like the decision and they expressed their frustrations online. Some say that it was the worst decision that McDonald's ever made, as per North Wales Chronicles.

Others are also demanding an explanation as to why the wraps and bagels are being discontinued. Customers want to know why the mentioned foods are not coming back and point out that they were removed when McDonald's U.K. has just re-opened after a long lockdown due to the COVID-19 pandemic.

"It is with love and deep respect for one another that we announce that we are parting ways with Breakfast Bagels and Breakfast Wraps," McDonald's U.K. tweeted on Monday. "Despite speculation and following a trial separation period, the bagels and warps will not be returning to the menu. We adore each other deeply but our love for the iconic McMuffin was simply too hard to ignore."

McDonald's U.K. mentioned the McMuffin because it will be offering this food item from now on in place of the bagels and wraps. To make it up to customers, the restaurant also dropped an offer of buying the muffins for only 99p. The reduced price is obviously an attempt to soothe the disappointed customers.

Bad news: Bagels and Breakfast Wraps are officially gone from the menu.

Good news: You can get a McMuffin for 99p today via the McDonald’s App…

…you’re still thinking about the bad news, aren't you? pic.twitter.com/5dAH7fBYLJ

Meanwhile, the bagels and wraps are not returning to the stores and this was already confirmed. McDonald's U.K. made sure to clarify that the food items will not be reintroduced later, just like what many customers think.