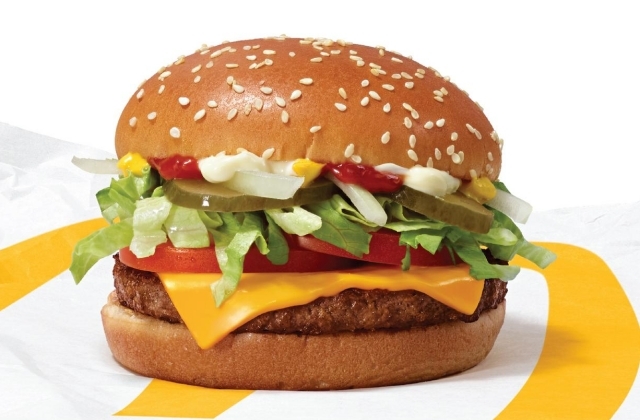 McDonald’s reveals a big change in its restaurants in the UK and Ireland. The fast-food is adding a new plant-based option to its menu, and it is already available starting this week.

McDonald’s has finally brought the McPlant burger to the United Kingdom, and it is not a trial as the company is officially launching the sandwich in the region. The roll-out of the vegan burger here is the result of successful testings in select McDonald’s outlets.

Moreover, the McPlant is not only available in participating stores just like in the trial, but all McDonald’s outlets across Ireland and the UK will now offer the new vegan food item to customers, as per the Birmingham Mail.

It was noted that the McDonald’s McPlant is the first-ever vegan burger that the fast-food is offering to its customers. It is made with a patty that was co-developed with meat alternative food manufacturer, Beyond Meat.

At any rate, Hypebeast further reported that the McPlant burger patty was created after three years of research and development with Beyond Meat. The outcome has been approved, and customers who had them during the trial period also find the item very satisfying; thus, the restaurant is formally adding it to the stores.

The McPlant burger at McDonald’s is made with a vegan sesame bun, vegan cheese, vegan sauce, ketchup, onions, lettuce, pickles, tomato, and mustard. And to celebrate the release of the new vegan sandwich, McDonald’s had celebrities including Rosie Ramsey, Lawrence Okolie, and Simon Gregson try the McPlant burger, and they all gave their seal of approval.

“We are so pleased that our McPlant is now officially ‘everywhere’ and available for more of our customers to taste and enjoy,” McDonald’s chief marketing officer in the UK and Ireland, Michelle Graham-Clare, said in a press release. “We saw a remarkable response to the trial period back in October and now McPlant is on the high-street, in retail parks and service stations all over the UK and Ireland so all of our customers will be able to try it.”

She went on to say, “We are proud to once again be offering our customers more great-tasting options from McDonald’s and it is our same iconic taste but plant-based.”