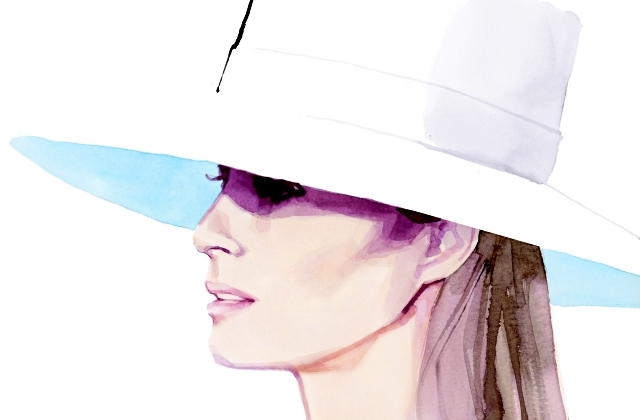 Melania Trump announced this week that she will be auctioning some of her personal items including a signed white hat that she wore in 2018 when she and then-President Donald Trump welcomed the President of France and his family to the White House.

As per CNN News, Melania Trump will also add the watercolor painting made by Marc-Antoine Coulon to the auction. He is the same French artist who drew the former US First Lady's eyes that was sold as a non-fungible token or NFT last month.

And this is not all as the upcoming auction will also feature an exclusive digital artwork NFT with motion. The main piece in the auction is Melania Trump's customized white hat which she also signed. It was made for her by her personal stylist, Hervé Pierre, to go with her white Michael Kors Collection suit worth $2,105.

She only wore the hat once and that was during the daytime ceremonies at the White House when President Emmanuel Macron and his wife, Brigitte Macron, visited more than three years ago.

The 2018 state visit of the French leader was the Donald Trump administration's first state visit from a foreign leader. The event has been watched and closely followed by the media thus, many people would recognize Melania Trump's white hat.

Based on the press release, the items to be sold at the auction have been called "The Head of State Collection," and it commemorates the Trump Administration's first official State Visit. The three items included are "the iconic white millinery masterpiece worn by Melania, an exclusive digital artwork NFT with motion, and an original watercolor on paper by Marc-Antoine Coulon."

The opening bid for these three one-of-a-kind items is said to be $250,000. In the bidding, they will only be accepting Solana or SOL cryptocurrency as payment. The preview for The Head of State Collection will drop on MelaniaTrump.com on Jan. 4. It should be noted that the bidding for Melania Trump's auction will officially open on Jan. 11 and will continue until Jan. 25.