‘Mario Kart 9’ is reportedly in development and Nintendo could be ‘teased’ it in 2022, analyst predicts 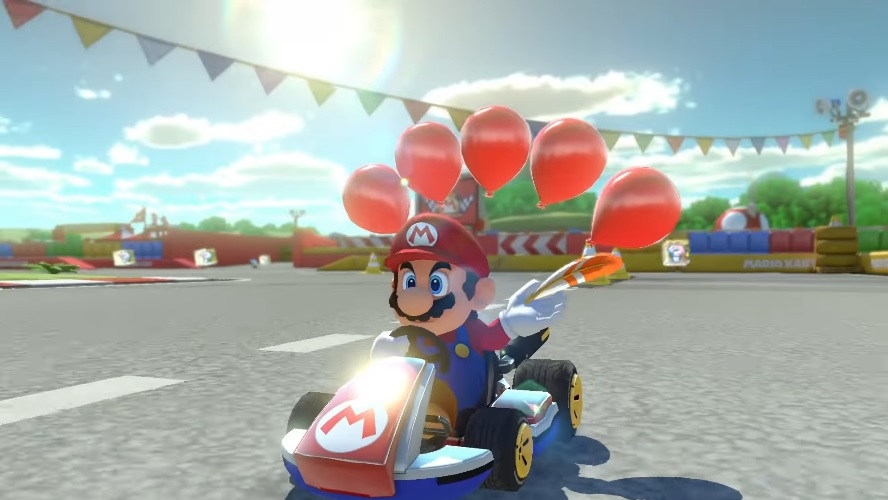 Nintendo has reportedly started working on the "Mario Kart 9." While it might be released anytime soon, it could be officially announced in 2022.

At the start of the year, GamesIndustry.biz asked a panel of analysts for their top predictions. And for 2022, Dr. Serkan Toto of Kantan Games suggests Nintendo could tease "Mario Kart 9" for the first time. His prediction is linked to his report that the game is already "in active development."

Toto added that "Mario Kart 9" will launch "with a new twist," but the analyst did not provide more details on what the new features could be. But that twist could be in the form of new game mechanics.

One of the new features introduced in "Mario Kart 8" is anti-gravity racing that allows players to drive on walls and ceilings, adding a new level of competition in the game. The latest installment also lets players bump into other racers to get a limited-time Spin Boost. Unfortunately, fans will have to keep guessing for now what the new "twist" is going to be in "Mario Kart 9."

It is worth noting that Toto only predicts the first "Mario Kart 9" teaser to come out in 2022. The analyst did not mention anything about the game's release date, but a launch this year seems unlikely.

"Mario Kart 8" originally launched in 2014 and was followed by the Nintendo Switch port "Mario Kart 8 Deluxe" in 2017. Since then, the latest main series installment has remained popular in the market. As of late 2021, the Switch port has reportedly sold more than 38.7 million copies worldwide, making it the top-selling game of the franchise.

"Mario Kart 8 Deluxe" remains popular even at the beginning of 2022. GamesIndustry.biz reported that the game became the no. 1 selling game in the U.K. boxed charts for the first week of 2022. And this continued popularity is likely one reason Nintendo does not need to rush the release of "Mario Kart 9."

Meanwhile, Toto also predicts Nintendo may have a huge plan in the mobile gaming market this year. "On mobile, Nintendo has been very silent since Mario Kart Tour's launch in 2019, but I think 2022 is when we will see an established IP arriving on smart devices again," the analyst said.