Manny Pacquiao, Errol Spence Jr 2019: Both Boxers Unlikely to Fight as Other Names Steps into the Spotlight 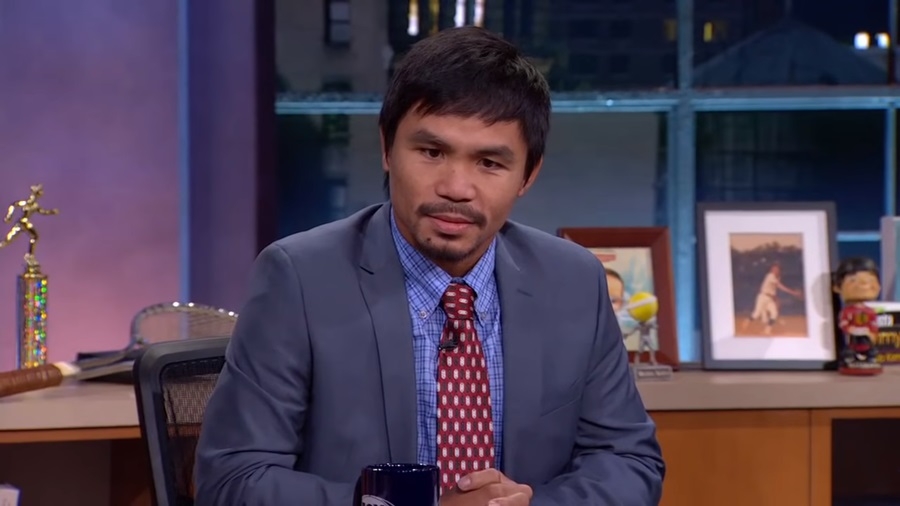 Photo via Screenshot of FOX Sports/Youtube

After Errol Spence Jr. soundly defeated Mikey Garcia last month, most boxing fans and analysts were speculating that he’s going to be fighting Manny Pacquaio next. After that match, the two even met inside the ring to exchange a few words, with the Filipino slugger saying “why not” when asked for a possible fight between him and the undefeated fighter, Forbes reported.

Fast forward a few weeks later and the narrative between Manny Pacquiao and Errol Spence Jr. has died down. As such, other names have stepped into the spotlight and speculations have been thrown around the web who will be fighting who.

“The expectation is that Errol Spence Jr. won’t fight Manny Pacquiao next, even though they shared the ring Saturday,” tweeted Mike Coppinger of FOX Sports. “Nothing decided yet but far more likely we see Spence vs. Shawn Porter and Pacquiao vs. Thurman, with Danny Garcia also a possibility for Manny.”

If this prediction pans out, then it’s expected that boxing pundits would pit those who will win against the aforementioned bouts. Hopefully, Manny Pacquaio and Errol Spence Jr. would come out victorious with their respective matches as the fight between both boxers would be phenomenal.

Their stances are the same, they both fight aggressively, and have the boxing IQ to provide an entertaining match. Of course, the main takeaway from this is Manny Pacquiao’s age. At 40-years-old, the fighting senator is clearly at a disadvantage against the much younger Errol Spence Jr.

But what the Filipino icon lacks in youth he makes up for it in experience. Having fought some of the most renowned fighters during his heyday, Manny Pacquiao is still a force to be reckoned with. This is especially true judging by how he dismantled Adrien Broner. But Errol Spence Jr. isn’t Broner. The young fighter has already proven his prowess within the ring and how he can switch from an aggressive fighter to an intelligent one in a snap. Whatever the case, it’s expected that news surrounding both fighters will be emerging in the next few weeks and it would be interesting to see if the speculations hold true.