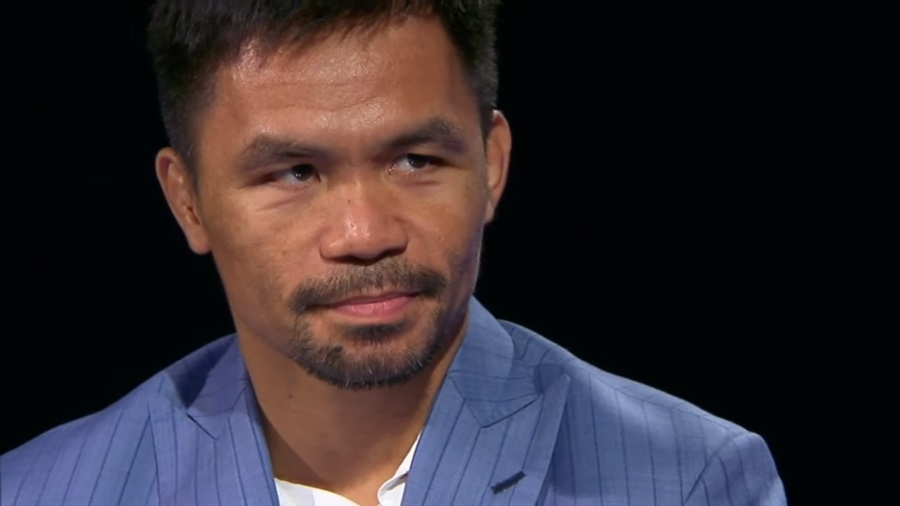 Manny Pacquiao is in a position yet again to further solidify his name in boxing history. Being the only eight-division world champion, the fighting senator has created a legacy that will be remembered for a long time.

And he isn’t done yet. Manny Pacquiao is set to fight Keith Thurman this Sunday, with the former a minus-155 favorite. While Thurman disagrees with the odds, a lot of elite fighters are agreeing that the Filipino slugger should be the favorite to win the match.

Among those who have sided with Manny Pacquiao is Shawn Porter. However, Porter didn’t count out Keith Thurman. Porter believes the fight could go either way, with Thurman, the likely aggressor in the early rounds.

Manny Pacquiao can win by decision

“Keith is going to come out early; he’s going to try to get Manny [Pacquaio]. If he doesn’t touch Manny the way he wants to touch him early on, he’s gonna lay back; he’s gonna try to box his way to a victory.” Porter then went on to explain how this is a bad strategy against PacMan on account that the 40-year-old built his career as a volume striker.

Even with a decade gap in age, Manny Pacquiao is considered faster than Keith Thurman, both in hand speed and footwork. Thurman, however, doesn’t need to be fast since his reach and power will be his bread and butter for this match.

Both men have been extensively training for the much-anticipated bout, but Manny Pacquiao appears to have put in more work between the two. The legend’s camp even said that they needed to step in to stop Pacquiao from exhausting himself as he has a penchant to over-train.

For knockout predictions, most are favoring Keith Thurman on this front due to youth being on his side. There’s also previous statements of Freddie Roach to consider. The legendary boxing coach said that one of the reasons that Manny Pacquiao isn’t knocking people out anymore is due to his religion.

A follower of the Evangelical Protestant faith, Pacquiao allegedly believes that knocking people out cold shouldn’t be his main aim as he can still win by decision. Roach said that due to this desire, Manny Pacquiao’s killer instinct has basically disappeared and it would be interesting to see if Keith Thurman manages to bring it back out.