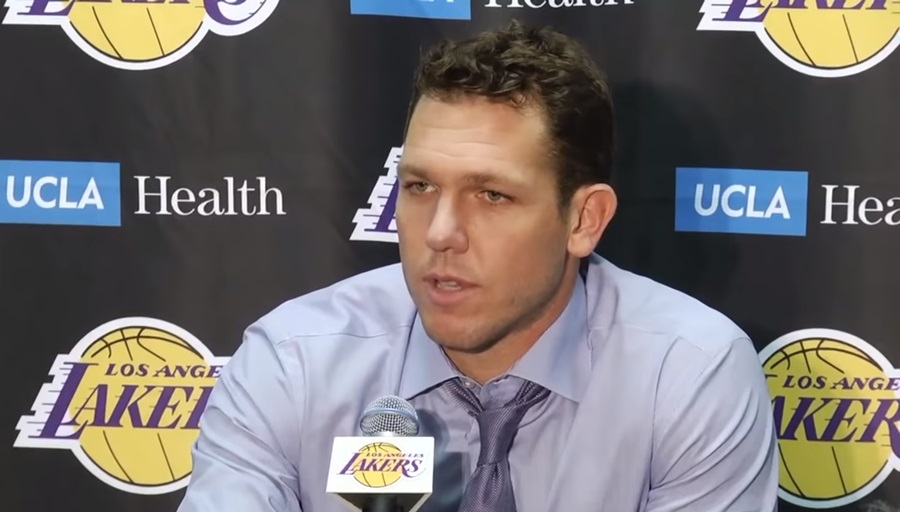 Luke Walton has been heavily speculated to be fired from his position with the Los Angeles Lakers. And with the team closing their season with a heartbreaking loss against the Portland Trailblazers, this rumor may be hurtling towards reality.

In the wake of the speculation, however, has emerged a new one. Following the announcement of the Sacramento Kings sacking coach Dave Joerger, rumors began circulating that the organization is eyeing Luke Walton as his replacement.

The problem is that the 39-year-old has yet to part ways with the Los Angeles Lakers. And with Magic Johnson recently stepping down as President of Basketball Operations, it’s likely that Luke Walton will finish his contract with the team, which has two more years on it.

Of course, this isn’t set in stone and the Lakers could very much fire Walton if they wanted to. This is doubly true since, during his tenure with the team, he hasn’t shown any results that would give the organization cause to reconsider. Luke Walton, as have been seen during his time with the Lakers, lack the skills to lead a team.

His rotations are poor, his timeouts are questionable, and his plays aren’t up to par with his colleagues. Through this lens, it’s interesting why the Kings would want Luke Walton to coach its roster. Perhaps the organization thinks that he can bring some factors that make the Golden State Warriors a championship team. After all, the Kings do love to transition plays and prolifically shoots behind the arc.

But if Luke Walton couldn’t integrate those elements with the Lakers, what are chances of him successfully injecting it with the Kings? Perhaps the organization simply sees something on Walton that most have yet to comprehend. Whatever the case, it would be interesting to see how the 39-year-old will shape the King’s talented young core. That is, of course, if the rumors hold true.