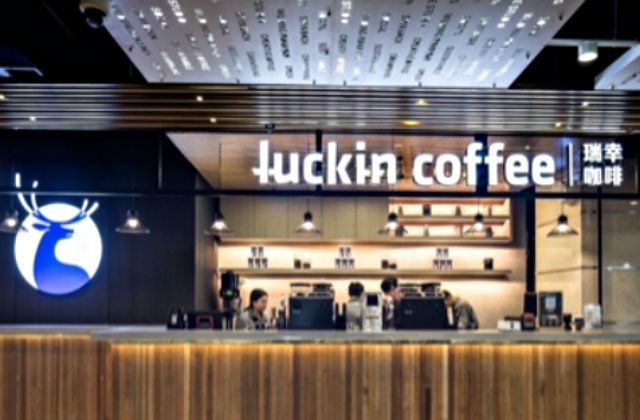 Luckin Coffee, a Chinese coffee company and coffeehouse chain that was founded in Beijing in 2017, was delisted from NASDAQ in June 2020 and filed for Chapter 15 bankruptcy in the U.S. in February 2021. The company has fallen due to many scandals related to its finance and sales revenue.

While Luckin Coffee was initially very successful when it was launched, its sudden drop was believed to have resulted from mismanagement and bad handlers, and in fact, several executives were fired after its stock price came crashing down fast in late 2019.

It was reported that Luckin Coffee has been revived and has returned to business after the difficulties it faced in the previous years. Its comeback was reportedly very successful, and it is now said to be bigger than Starbucks in China, as per CNN Business.

On Tuesday, the Chinese coffee chain posted its first-quarter earnings, and the results were very positive, showing an increase of nearly 90% in revenue. This is said to be the company’s first-ever profit, and this was achieved despite the lockdowns in the country.

Luckin Coffee also boasts of ending the period with a total of 6,580 store outlets across mainland China. This number has surpassed the American coffee chain’s (Starbucks) 5,650 outlets in the region.

With its massive achievement, the company has now labeled itself as the largest coffee house chain in China. Most of the Luckin Coffee stores are operated by partners, and the company is directly running several locations as well. As for Starbucks, all of its stores are entirely company-owned.

“Our team continues to execute on our strategic plan, delivering another quarter of improved financial and operational results,” Dr. Jinyi Guo, chairman, co-founder, and chief executive officer of Luckin Coffee, said in a press release for its first-quarter financial results.

He continued to explain how they were able to get back to the top after being kicked out from the Wall Street listing. Guo said, “While we expect pandemic-related market pressures to continue having an adverse impact on our business in the near term, our board of directors and management team are confident in our ability to both meet and drive demand through continued investment in our core initiatives.”