London to be as hot as Barcelona by 2050? I research urban heat, and I'm sceptical 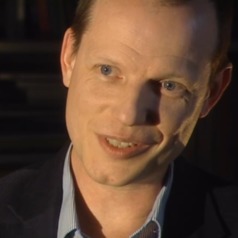 Barcelona just had a week of temperatures above 30℃. It’s a few degrees hotter than the long-term average, but no heatwave. In winter, Spain’s second largest city is typically a mild 15℃ or so. With its climate regulated by warm Mediterranean waters, temperatures rarely drop below freezing.

Is this what the future holds for London? One group of scientists certainly thinks so. In a new study, they have tried to convey the risks of global warming by finding the closest modern-day climates to describe what the future might be like for certain cities. They predict that, for instance, Madrid’s climate in 2050 will be like Marrakech’s climate now, Seattle will resemble San Francisco, Stockholm will feel like Budapest, and that London will become like Barcelona.

It makes sense to focus on cities as they are literally “hot-spots” of climate risk due to their dense populations, concentration of assets and susceptibility to extreme weather. Getting this message across to city managers and vulnerable communities is not always easy.

The researchers gathered data on the background climate of 520 major cities. Nineteen variables, including maximum temperature of the warmest month and precipitation seasonality, were combined using a statistical method that takes account of their relative importance and interrelationships. Equivalent variables for 2050 were obtained from three climate models, which were all programmed to take the optimistic view that emissions will stabilise this century. Present and future city climates were then used to “twin” the most similar metropolises.

Pairing cities in this way is a clever idea. But such like-for-like comparisons are just too simplistic. This is because cities make their own climates according to their unique layouts, building materials, artificial heat sources, amounts of open or green spaces, and types of water feature.

There can be fundamental differences between two cities in these respects. For example, Barcelona has among the highest population densities in Europe, at about 16,000 per square kilometre, more than the 10,000 or so recorded by inner London boroughs. Population density is a useful indicator of both the intensity and level of exposure to the urban heat island – compact cities tend to be hotter cities.

While Barcelona is striving to become a greener city, nearly two-thirds of Greater London is already occupied by gardens, parks and water. Across the city, such spaces provide cool refuges for people and biodiversity. For instance, satellite observations reveal that on a hot summers day Richmond Park – a large space on the western edge of the city known for its deer – can be about 10°C cooler than parts of the more central Southwark, Lambeth and Westminster. Even in these central boroughs, temperatures are chillier along the Thames embankment than just a few hundred metres away. Hence, the multiple micro-climates experienced day-to-day and from place-to-place within a city are not readily characterised by a few summary statistics.

The actual “felt” temperature depends on a host of factors, not least the effect of atmospheric humidity. Conditions can become lethal when dangerous combinations of temperature and humidity are exceeded – something that unfortunately already occurs in cities such as Karachi in Pakistan or Kolkata in India.

Global warming means that 350m more people could be exposed to deadly heat by 2050 – and South Asian mega-cities are in the front-line. However, with 4°C of global warming even New York could become heat stressed. So any assessment of future conditions in global cities should evaluate the combined threat of heat with humidity. According to the Lancet Countdown 2018 Report, threats to human health from heatwaves are becoming more frequent and dangerous.

Despite the above reservations, the new study does alert us to the possibility that over one-fifth of the studied cities could shift to climate conditions hitherto unobserved anywhere on Earth. This applies to cities such as Kuala Lumpur in Malaysia, Libreville in Gabon and Manaus in Brazil, which are all in the tropics.

Extraordinary temperatures are already being experienced within the homes and workplaces of some low income communities of cities such as Accra, Ghana. Trying to visualise how these places might be further stressed by climate change is an important step towards improving the well-being of some of the world’s most vulnerable urban citizens.