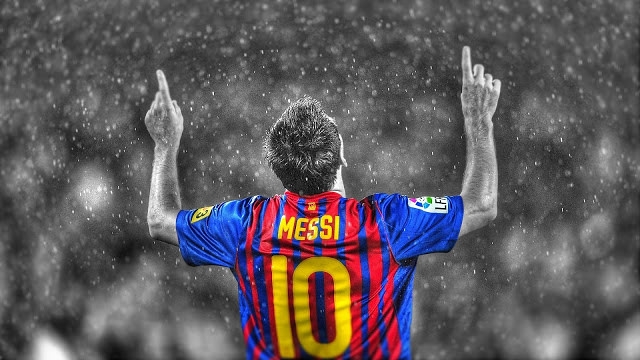 Argentine football star Lionel Messi has been reportedly disappointed with the decisions made by people currently running FC Barcelona.

And, this is the reason why he has not signed a contract extension with the Catalan club with whom he has played for since he started playing the sport.

Messi's contract will end next year.

Even former FC Barcelona president Joan Laporta had said that he is afraid that Messi might walk away from the club because of the decisions that the club has been making.

However, FC Barcelona president Joseph Maria Bartomeu remains confident that the six-time Ballon d'Or winner will sign a new contract with the club.

According to Bartomeu, Messi had said that he wants to end his career with Barca, thus he has no doubts that Messi will sign an extension.

Teammate Luis Suarez had waded into the issue, saying that a big part of Messi's decision will be his family. And his family loves living in Barcelona.

Suarez added that Barca has to commit to something big to convince Messi to stay for the long term.

It seems that there might be something that Barcelona can do to make their football star stay.

There have been reports that Lionel Messi wants current Barca coach Quique Setien replaced by Marcelo Bielsa, the Argentine coach of Leeds.

Bielsa has one week remaining with his current contract with Leeds and has not signed a new one yet.

Setien has come under heavy fire after Barca failed to clinch the La Liga title, which was won by its bitter rival, Real Madrid.

Following the club's failure to secure the La Liga title after losing to Osasuna, Messi did not hold back in criticizing his teammates and the club's management.

According to Messi, Real Madrid may have worked hard to get the La Liga title, Barcelona had also helped them a lot by not playing their best.

Messi and Setien have never gotten along, and overtime, this affected the team and how they play.

Messi reportedly believes that what the team needs right now is new leadership who could turn things around for them.

Thus, if Barcelona wants to keep Lionel Messi in their fold longer, they might give a thought to luring Bielsa and replacing Setien.