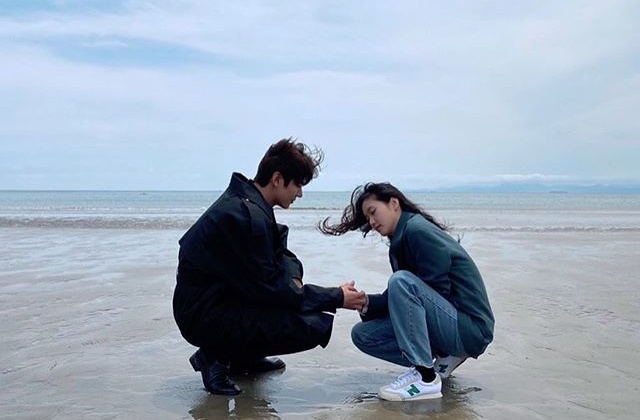 Lee Min Ho’s last known romantic relationship was with actress and former Miss A member Bae Suzy. They have dated for a while, but just a few months after they admitted their dating status, they broke up for good in November 2017.

Their break-up doesn’t appear good because it happened when Lee Min Ho was serving in the army. It was also controversial because not long after their split, Bae Suzy and “Goblin” actor Lee Dong Wook confirmed they are dating.

It has been almost three years since Lee Min Ho and Suzy parted ways and yet, he is still single to this day. This is one reason why fans are pushing him to start dating already and they are recommending Kim Go Eun, his co-star in “The King: The Eternal Monarch.”

Moreover, fans are urging him to date her after seeing their great chemistry both on and off-screen. They are saying that they look good together and it would be great if they will be a couple in real life.

On Twitter, they have posted a bunch of messages asking Lee Min Ho to make his move on the said actress. “Lee Min Ho and Kim Go Eun! PLEASE DATE! I will support these two no matter what,” one fan wrote.

“Lee Min Ho should date Kim Go Eun and that’s my wish,” another one said. “Please date for real!”

Lee Min Ho and Kim Go Eun’s drama may be over now but fans are still hyped about them being real-life sweethearts; that is why when a dating rumor about them surfaced, the fans were rejoicing. It all started when the actor posted a video on his IG on July 2.

Since the day is also the actress’ birthday, fans are convinced that the clip is actually dedicated to Go Eun as she celebrates her special day. They explained that the Han River in the video is a place where their characters in “TKTEM” usually date, thus Lee Min Ho could be hinting that he and Go Eun are in a relationship now.

In any case, while fans want it to happen, only Lee Min Ho and Kim Go Eun know the truth. But then, at this point, it seems that there is really nothing going on between them.