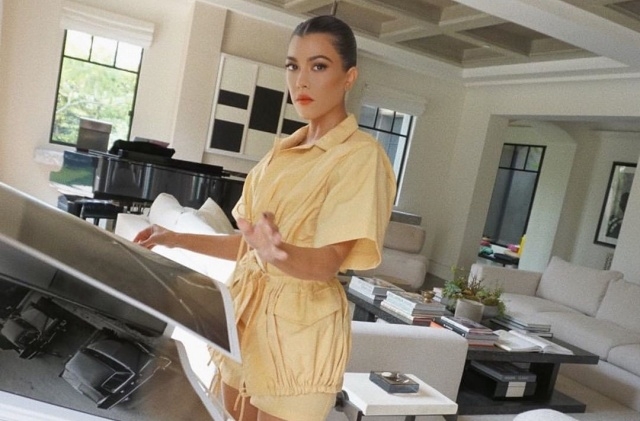 Kourtney Kardashian reportedly turned out to be a lesbian and this was confirmed through a “leaked” photo of her alleged wife. The “Keeping Up with the Kardashians” star’s big reveal only happened this week.

It was reported that Kourtney Kardashian has finally come out and admitted she is gay. However, she did not confess verbally but through a series of photos that show her alleged new “wife.”

On Instagram, the eldest in the Kardashian - Jenner siblings posted two photos of herself and her former assistant Stephanie Shepherd. She made the post to greet her a happy birthday but what caught the most attention was her caption.

Happy birthday, wife! I love you for life (that rhymed),” Kourtney Kardashian wrote as a message to Steph on Sept. 16. “I feel so grateful for every single second we have together (see stories). I hope you feel special and loved today and everyday.”

Many would have believed that the “KUWTK” star is a lesbian since this was not the first time that a rumor like this came out. As far as the year 2009, there were already reports about this after she was filmed making out with the bisexual named Jackie in a Florida nightclub.

Kourtney revealed later that she regretted her actions and would not even talk to Jackie anymore. She also said that she was really embarrassed by what happened.

Is Kourtney Kardashian a lesbian? Gossip Cop tried to find the accurate answer so it sets out to work and check the details in the report. The gossip police stated that all evidence that they have found only revealed one thing - Kylie Jenner’s sister is not gay. She is straight.

Included in the proofs are Kourtney Kardashians’ relationship with Scott Disick. They have been together for a long time and had three children already. Plus, it was previously teased in the season 19 of “Keeping Up With the Kardashians” that a fourth baby may even be on the way.

Lastly, there was no instance when Kourtney Kardashian stated that she is also attracted to women. Clearly, her IG post was just twisted by the media and took the word “wife” in a different context. She could have only used the word to describe her closeness to her friend.