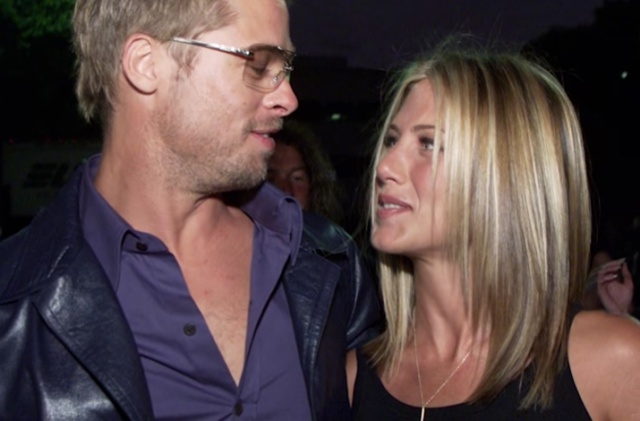 Jennifer Aniston and Brad Pitt reunion stories are still so hot today. They actually never died down especially now that both of them are single again.

The topic of their supposed rekindled romance even became more intense when the video of Jen and Brad’s encounter at the 2020 Screen Actors Guild Awards was shared online. There were also photos showing them greeting each other. The actor also held her wrist and this moment has been captured by photographers.

Seeing them happy at running into each other, many are getting convinced that perhaps, they have really something going on again between them. Although it is not confirmed that they have reconciled, there are reports that they now want a child of their own.

Brad and Jen are looking for surrogate mother

As per New Idea, sources have confirmed that Jennifer Aniston and Brad Pitt’s relationship are stronger today than ever. It was also alleged that the “Once Upon a Time in Hollywood” actor’s real relationship with Alia Shawkat has finally been clarified.

He has been linked to the 31-year-old actress after they were spotted on many occasions last year. But a tipster claimed that in reality, she was seen with the actor more than once because she will be a surrogate mother for Brad and Jen’s baby.

“Word going around is that Alia volunteered as a surrogate for Brad’s child,” the New Idea’s insider said. “Alia and Brad have become as close as siblings in the past year. He loves her and trusts her as much as any family member, which is rare for him.”

The source went on to say, “He usually keeps his cards very close to his chest, but he let Alia in on his fear that he and Jen were worried they may never have a child together.”

It was suggested that since Jennifer Aniston and Brad Pitt can’t conceive their own child anymore due to the “Friends” star’s age, they will try surrogacy. The magazine also brought out Jen’s 2004 statement where she said she and Brad would love to have at least two children. However, as everyone already knows, they divorced in 2005 so they didn’t have a child.

“Now that she and Brad have got it together again, her desire to have his baby hasn’t changed,” the tipster told the magazine. “Brad is anxious to make it up to Jen by making her a mum, but they both know that time is not on their side biologically.”

Clarifying the rumor of Brad and Jen’s baby plans

Gossip Cop immediately debunked this story about Jennifer Aniston and Brad Pitt’s alleged attempt to have their own child through Alia Shawkat. The publication firmly stated this is a false story because in the first place, the former husband and wife are not in a relationship anymore and they did not reconcile. The actor’s rep also refuted this report and called the story “silly.”