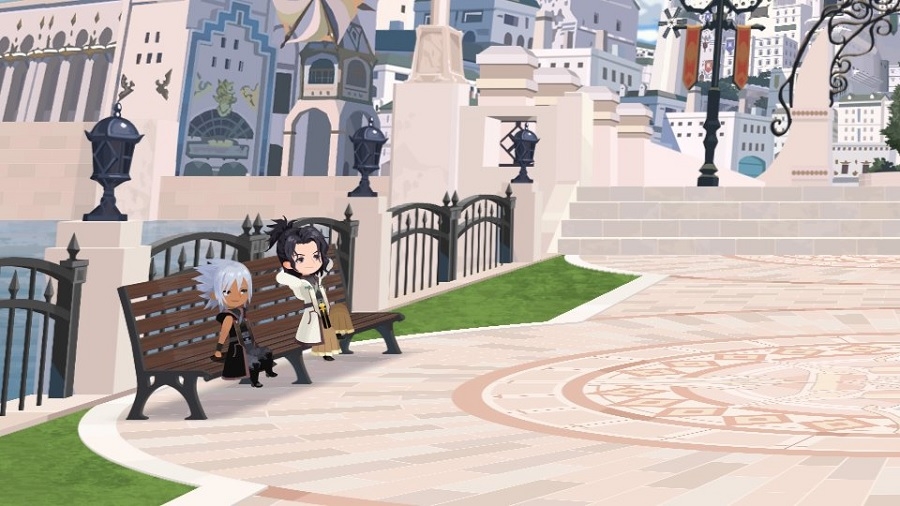 “Kingdom Hearts Dark Road” is going to be next title to be released for the franchise, and its gameplay just grew recently with the announcement of four new characters. Other than their names, Square Enix did not reveal any detail about the characters that will accompany Xehanort and Eraqus.

Take a look at Xehanort and his fellow aspiring Keyblade Wielders!

As mentioned, “Kingdom Hearts Dark Road” developers were not too keen on giving more information about the new faces. But GameRant suggested that fans will find important clues in the new characters’ names, which are all inspired by Norse mythology. Urd, written as Urðr, means “fate” in Old Norse. The name fits Urd’s role in mythology as one of the female beings called Norns, who have control over the destiny of gods and men. Another new character is named Hermod, the anglicized form of Hermóðr that means “war-spirit.” He is one of Odin’s sons known to be the messenger of the gods.

Bragi, another son of Odin, whose name means “poet” in Old Norse that suits him being the god of poetry and music. He is also known for his wisdom and creativity -- it is interesting how this would translate in the “Kingdom Hearts Dark Road” gameplay. Lastly, Vor’s name (Vör) translates to “the careful one.” Aside from being known as a goddess of wisdom, Vor is also known for providence or being aware of what’s to come, thus, secrets may not sit well with her.

The same report pointed out that Xehanort’s name pretty much explains his role in the franchise. Gamers should then expect that the roles of the new “Kingdom Hearts Dark Road” characters will have something to do with their names.

“Kingdom Hearts Dark Road” is one of the projects that would keep fans company while they wait for updates on “Kingdom Hearts 4.” However, its development had also been affected by COVID-19, as Square Enix confirmed last month.

At the time, the developer promised that an announcement will happen in early June. So far, however, the new characters in “Kingdom Hearts Dark Road” and the key visual art are the only bits of information revealed. Meanwhile, the game’s release date window is still set in spring.