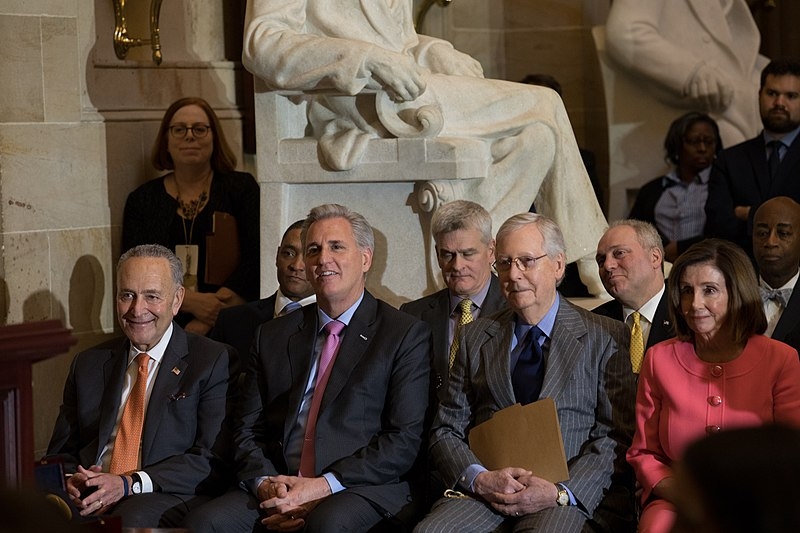 House and Senate Republican Leaders Kevin McCarthy and Mitch McConnell have condemned now-former President Donald Trump for the insurrection that took place on January 6. A book by New York Times journalists revealed that McCarthy and McConnell also considered calling for Trump to resign, only to ultimately change their minds.

“The leaders’ swift retreat in January 2021 represented a capitulation at a moment of extraordinary political weakness for Mr. Trump – perhaps the last and best chance for mainstream Republicans to reclaim control of their party from a leader who had stoked an insurrection against American democracy itself,” wrote Burns and Martin.

Both McCarthy and McConnell backed out of pushing for Trump’s resignation when they realized that by doing so, “it would mean difficult votes that would put them at odds with most of their colleagues.”

According to the book, on the same day that McCarthy privately called for Trump to resign, the House Minority Leader told other GOP leaders that he wished the major tech companies would strip certain Republican lawmakers of their social media accounts, noting that Twitter and Facebook permanently suspended the now-former president from their platforms.

McCarthy has since issued a statement since the revelations, denying making such calls for Trump to resign. However, MSNBC host Rachel Maddow pushed back on McCarthy’s denial by playing a recording of the private conversation provided to her by Martin and Burns, stressing that McCarthy’s denial of privately calling for Trump to resign after the January 6 riots means “he is not telling the truth.”

Both Republican leaders have since come under fire following the revelation, with Maddow saying that she expects that there would be increasing calls for McCarthy to resign in the coming days and weeks.

Conservative commentator A.B. Stoddard described the McCarthy tapes as an “amazing, breathtaking failure” on the House Minority Leader’s part, noting that McCarthy has sought the speakership for some time.