Kelly Clarkson regretting filing for divorce; Brandon Blackstock and their friends furious at her revelation: Rumor 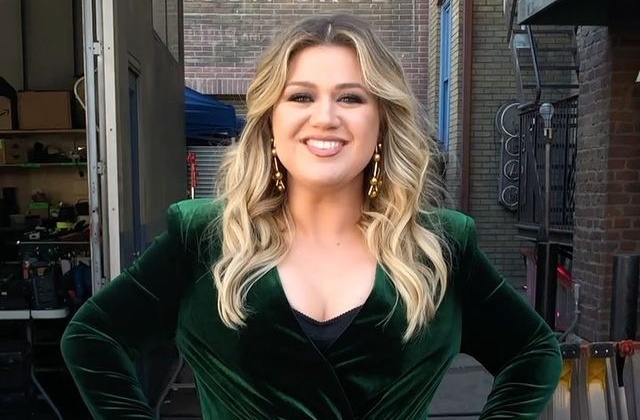 Kelly Clarkson is back on the news and it is still about her recent divorce. The “Broken and Beautiful” singer was said to be regretting her move of filing divorce from Brandon Blackstock, her husband of seven years.

Kelly allegedly distances herself from friends and stepmother-in-law

As per Life & Style, Kelly Clarkson started distancing herself from people close to her including Blake Shelton and stepmother-in-law Reba McEntire. This reportedly happened after she filed for divorce in June which she is now regretting.

The singer is said to be thinking about the divorce again as she starts to feel like she made the wrong decision. The magazine suggested that Kelly Clarkson is starting to realize many things when she and her ex-husband Brandon broke up. This supposedly led her to think that filing for divorce may not have been a good idea.

“Kelly and Brandon basically had a good marriage,” the so-called source told the magazine. “Their respective families got along, they had amazing kids together, but things soon turned sour, and Clarkson filed for divorce in June. But now, she was experiencing some serious remorse.”

Life & Style wrote that the couple fought over how many kids they should have. Despite their seemingly perfect marriage, the question about the number of children allegedly caused them to have deeper conflicts and this led to the divorce. However, the problem is - these days, Kelly Clarkson is really conflicted about her separation from Brandon.

“She’s definitely having second thoughts,” the tipster added. “Kelly’s admitted that the split has been very difficult and it’s taken an emotional toll on her. She also just misses Brandon and regretting being so quick to file for divorce now.”

Gossip Cop wrote that this story about Kelly Clarkson is an insult to the songstress. The publication pointed out that divorce is a serious matter and “The Voice” judge could have mot made a rash decision as suggested in the Life & Style article.

Also, it is impossible for the tabloid to have knowledge or access to Kelly Clarkson’s personal life to know the details of her divorce and how she felt about it. Plus, the allegation that she started to move away from Blake Shelton and Reba McEntire is false as well because it does not make sense for them to be involved in the singer’s divorce in any way.