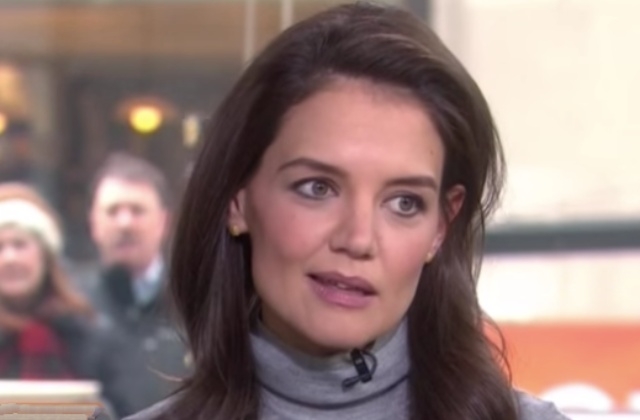 Katie Holmes enjoyed another romantic date with her new boyfriend, Emilio Vitolo Jr., this week. It is clear that they don’t have plans of hiding and they even picked a time when it is still so bright in the streets of New York.

Katie out on a PDA-filled date again in NY

What’s more, The Daily Mail reported that the two packed on PDA while out on a dinner. Katie Holmes locked lips, hugged and has been flirty with her boyfriend throughout their time together. And the remarkable thing is that they don’t mind the cameras at all as there are plenty of clips that captured their PDA-filled day.

Despite the pandemic and the limited things that they can do due to COVID-19 protocols, Katie Holmes and Emilio are inseparable. Since they were linked earlier this month, they have been spotted many times within the span of just three weeks, around New York.

In their latest outing, the lovers have photographs showing them holding hands while walking, kissing and more. At one point, Emilio dropped Katie Holmes in her apartment but she returned with a package and they drove off again.

It is believed that the two are in a relationship for a month now and it was reported that they met through a mutual friend. Since being introduced, their friendship prospered until their relationship intensified to become romantic.

"Emilio is very charming, flirty, It’s easy to see how Katie fell for him,” a source told the publication. “She seems very into him. She keeps texting Emilio all day long and he loves it."

The insider further stated that Katie Holmes is behaving like a very much in love teenage girl with Emilio. This is because the chef is openly affectionate with her.

In any case, Katie Holmes and Emilio wore casual ensembles on their date yesterday. Vogue dissected their fashion and broken down every piece with information on where to get them.

The fashion magazine described Suri Cruise’s mom as wearing a double-breasted blazer and indicated that it was from FRAME. She also wore Mango brand items like her classic white tee and off-white sweatpants. Her accessory, a black leather purse, was from Sharkchaser.

On the other hand, Katie Holme’s 33-year-old beau wore a navy shirt paired with dark-wash denim and charcoal-colored wool overcoat. The black oxfords completed his look.