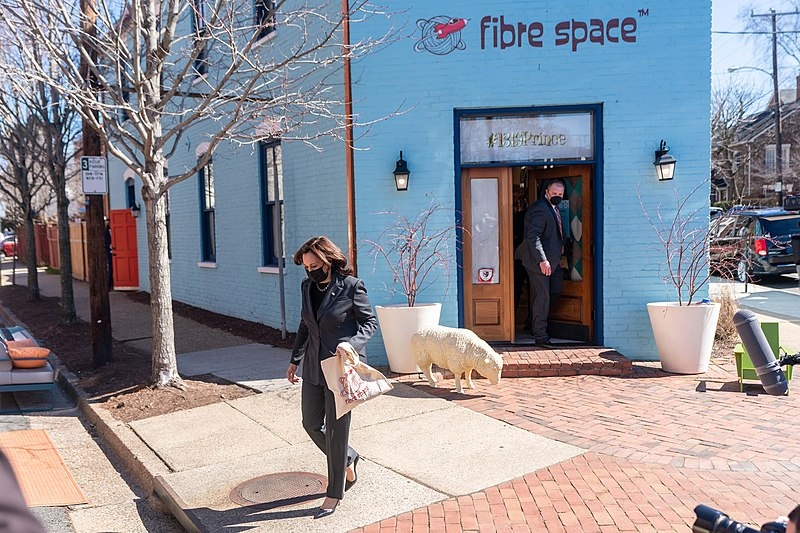 Vice President Kamala Harris and second gentleman Doug Emhoff have returned to their home state of California. Next week, Harris will also make a stop in her hometown of Oakland.

Harris will be stopping by her hometown of Oakland on Monday, April 5, following her stop at Los Angeles Thursday, where she will stay with Emhoff until Easter Sunday. At Oakland, Harris is expected to discuss a range of topics from small businesses to infrastructure.

By Tuesday, the vice president is set to travel to Chicago before they make a return to Washington. No further details were disclosed about Harris’ stop at her hometown, but it is in part to further promote the $1.9 trillion American Rescue Plan that was signed into law a few weeks prior.

Harris has been actively promoting the American Rescue Plan in recent weeks in the administration’s “Help is Here” tour, where they tout the benefits the sweeping plan has for Americans.

Harris’ has also been dubbed the “Border Czar” as Joe Biden tasked her to lead the administration’s response to the influx of asylum seekers looking to cross the southern border to the United States. Harris has yet to personally visit the border.

In other news, Harris, and Emhoff will be officially moving into the Naval Observatory residence next week, as announced by Harris’ chief spokesperson Symone Sanders. The move comes two months since Inauguration Day, as the couple could not immediately settle in the official residence of the vice president due to renovations that were better carried out if the house was not occupied.

An aide to the vice president revealed that some of the renovations included replacing the liners in the chimneys and other maintenance in the household, which were done upon the request of the Navy.

In the meantime, Harris and Emhoff have been residing at Blair House, which is across the street from the White House. During their stay, the barricade at the White House complex was expanded for additional security, and Harris could be seen leaving Blair House from her motorcade in most mornings to make the short drive towards the West Wing.