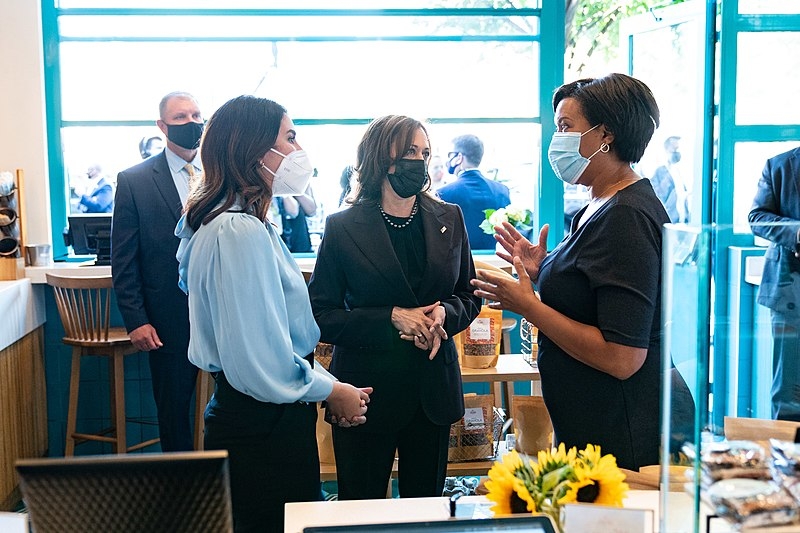 US Vice President Kamala Harris is leading the Biden administration’s diplomatic efforts in addressing the root causes of migration, especially in Central America. Harris has quietly turned to corporate executives for advice on policies related to the region, according to a report.

A report by Bloomberg revealed that Harris has been turning to corporate executives in tech and Wall Street for advice on US policy regarding Central America. Among those major executives include Microsoft President Brad Smith, Cisco Systems CEO Chuck Robbins, Jane Fraser of Citigroup are who Harris is turning to in phone conversations, strategy meetings, and video conferences.

It is her discussions with these executives that have played a part in securing a few of Harris’s big feats in her first year as vice president. Harris was able to secure $1.2 billion in corporate commitments in addressing the root causes of migration from Central America as well as successfully pushing banks to distribute more pandemic relief funds towards small and minority-owned businesses. At one point, Harris sought their advice on how to address issues such as poverty, climate change, and corruption in the Central American countries of Guatemala, El Salvador, and Honduras.

Corporate leaders have said that Harris continues to engage with them on other key challenges, from COVID-19 surges, supply chain issues, and semiconductor shortages. Harris has also sought their support towards the Democratic Party’s efforts to pass voting rights legislation. Harris is also leading the Biden administration’s efforts in voting rights.

“The vice president has worked closely with business leaders across a range of issues – and throughout her career, she has viewed the business community as an important partner when it comes to getting things done, with speed and impact in mind,” Harris’s economic adviser Mike Pyle told Bloomberg.

In other related news, Harris also joined the many political figures in honoring former Democratic Senate Majority Leader Harry Reid, who passed away this week. Harris released a statement through the White House, expressing her condolences to Reid’s family.

“Our country has lost an honorable public servant. Harry Reid rose through the ranks in Washington, becoming Senate Majority Leader, but he never forgot his humble beginnings in Searchlight, Nevada – and he always fought for working families and the poor. Leader Reid also got things done: From expanding access to healthcare through the Affordable Care Act, to getting economic relief to families and businesses through the Recovery Act, and much more, he made a meaningful difference in people’s lives,” said Harris in the statement.