Kamala Harris says she is looking for ways to end the $1.7 trillion student debt crisis 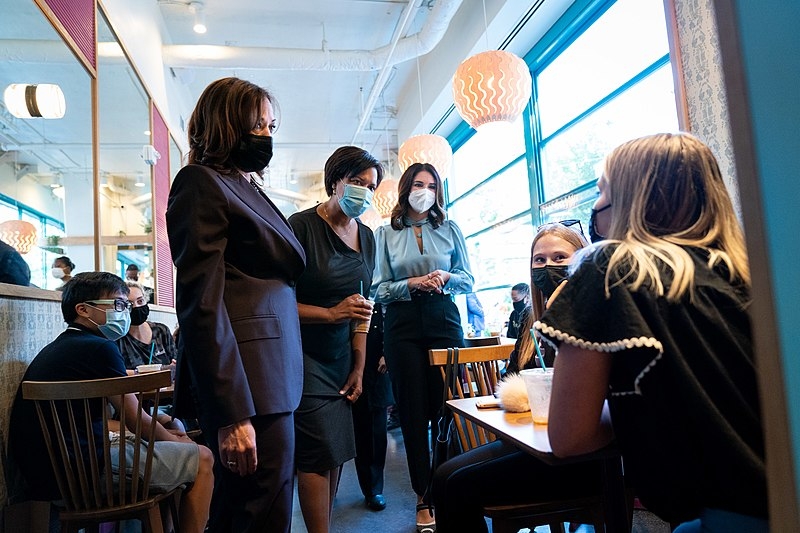 The Biden administration is facing growing calls to make good on pledges regarding student debt. In a recent interview, vice president Kamala Harris said that she is looking for a way to solve the crisis surrounding student debt.

In her wide-ranging interview on CBS “Face the Nation,” Harris touched on the issue of student debt. Harris acknowledged the burden that student debt poses among families and said that the administration should continue to be “vigilant” on the issue. When pressed on the need to implement student loan forgiveness – a promise US President Joe Biden made during his 2020 campaign, Harris said that the administration should figure out a way to make good on the promise.

“Well I think that we have to continue to do what we’re doing and figure out how we can creatively relieve the pressure that students are feeling because of their student loan debt,” said Harris.

Following Harris’s comments on the issue, netizens brought up a plan Harris proposed during her own presidential bid. At the time, Harris proposed a student loan forgiveness plan for Pell Grant recipients who start a business that operates for three years in underserved communities. Those who qualify for the grants would receive up to $20,000 in student loan forgiveness and defer their loans, without interest, for the three-year period when they start their business.

At the time, Harris explained that her plan was part of her overall strategy to reduce the opportunity discrepancy for Black entrepreneurs to make sure they had a chance at starting their small business. Harris’s plan was met with mixed responses, with some saying that it would only benefit a few people, while others said it was not enough or that it was too complicated.

The Biden administration recently extended the pause on student loan payments for an extra three months.

In other related news, Bloomberg reports that Harris has sought out advice on tech and Wall Street figures for US policy on Central America. The conversations between Harris and the executives have played a role in the vice president securing over $1.2 billion in private investments for Central America. The investments are part of the efforts in stemming the root causes of migration.