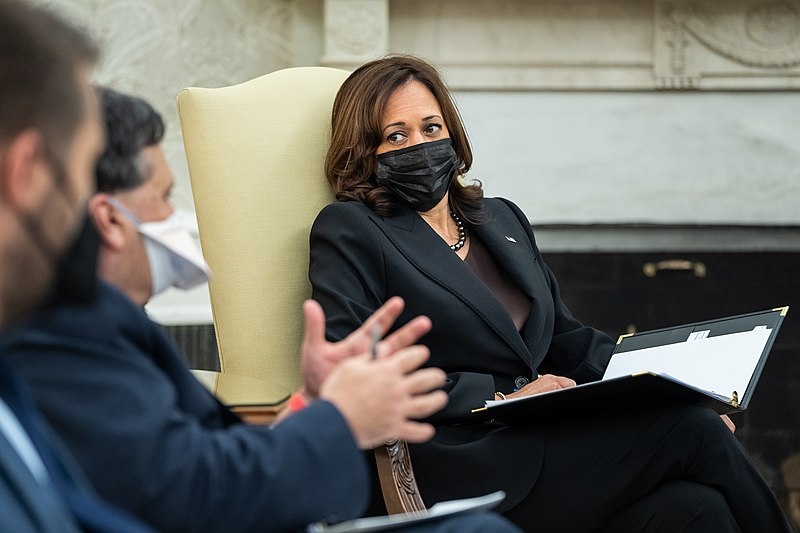 US Vice President Kamala Harris is leading the Biden administration’s efforts in voting rights, as Republican-led states are looking to impose more restrictive voting laws. In her recent interview, Harris warned that the US’ standing is on the line should legislation on voting rights fail to pass.

Harris reiterated the importance of passing voting rights legislation through Congress in her wide-ranging interview on CBS “Face the Nation.” Harris explained that the international community is looking to the US and how it preserves its democracy. The vice president warned that the standing of the country would be on the line should voting rights legislation fail to pass.

“We have been a role model saying, ‘You can see this and aspire to this and reject autocracies and autocratic leadership,” said Harris. “Right now, we’re about to take ourselves off the map as a role model if we let people destroy one of the most important pillars of a democracy, which is free and fair elections.”

Harris said that while the issue does not appear to be a major concern for many Americans, it should be. This comes as the Democratic Party and the Biden administration are placing voting rights at the top of its priorities as the social and climate infrastructure bill, also known as Build Back Better, is placed on hold. Harris has also been facing pressure from voting rights activists who are pushing for legislation to pass Congress.

The bills face an uphill battle at the evenly divided Senate, especially as two Democratic senators have refused to nix the Senate filibuster in order to pass voting rights through the chamber. A separate bill that also focuses on voting rights has also failed to gather enough Republican support to exceed the filibuster threshold.

Harris also reflected on what she would like to do more of as vice president that she was not able to do when she took office in January. Harris shared that she could not really travel due to the COVID-19 restrictions in place when she was sworn in. However, she explained that staying close to the White House has also helped improve her relationship with her boss, Joe Biden.

“A large part of the relationship that the president and I have built is being together in the same office for hours on end, doing Zooms or whatever, because we couldn’t get out of DC,” said Harris.