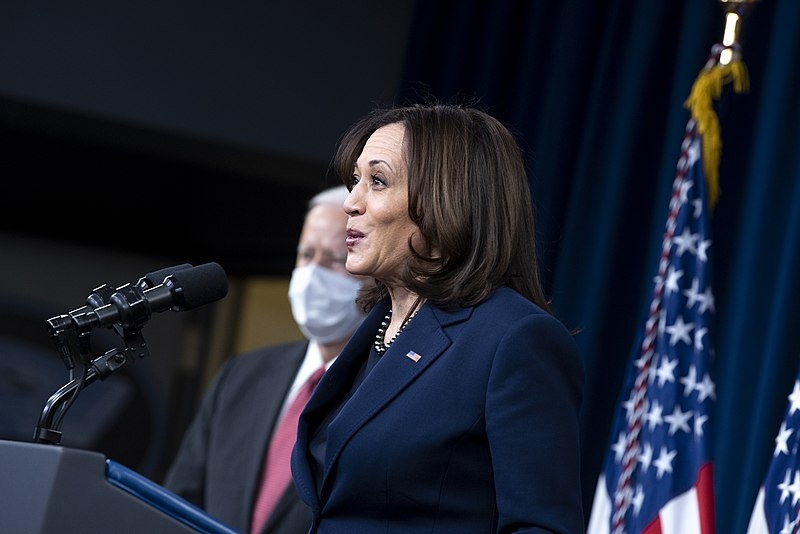 A bitter 2020 presidential election has led GOP-controlled state legislatures to draft hundreds of proposals that many critics have said would restrict access to voting and voters in general. Vice President Kamala Harris recently blasted the new Texas voting bill that would introduce new voting restrictions in the state.

Over the weekend, Harris blasted the new Texas voting bill that is set to be signed into state law by Republican Governor Greg Abbott after it will likely pass by the GOP-controlled state senate. This is another effort by Republicans to enforce stricter election rules which would disproportionately affect communities of color. Harris echoed President Joe Biden’s criticism of the bill, calling the proposal “an assault” on the country’s democracy.

“Today, Texas legislators advanced a bill attacking the right to vote,” tweeted Harris. “It’s yet another assault on our democracy. Congress needs to pass the For the People Act and the John Lewis Voting Rights Advancement Act. We need to make it easier for eligible voters to vote. Not harder.”

The Texas bill would remove drive-thru voting and 24-hour voting locations. It would also limit Sunday voting before 1 p.m. and give more access to partisan poll watchers. The legislations come from the aftermath of Donald Trump’s loss to Biden and the election victory of two Democratic Senators in Georgia, giving the Democratic party control of both chambers and the White House.

Republicans in 14 states have already pushed for stricter voting laws. 389 bills have been introduced in the efforts following Trump’s defeat.

Meanwhile, Harris received some backlash for her Twitter post, calling the weekend celebrating Memorial Day as “a long weekend.” Among those who have criticized the vice president is former South Carolina Governor Nikki Haley, who called Harris “unprofessional and unfit” in the controversial post.

Haley, who was Trump’s ambassador to the United Nations, was among those who criticized Harris for the post. The main criticism being that Harris only talked about the long weekend ahead rather than the significance of Memorial Day for Americans. Memorial Day honors the military troops and officials who died in the line of duty.