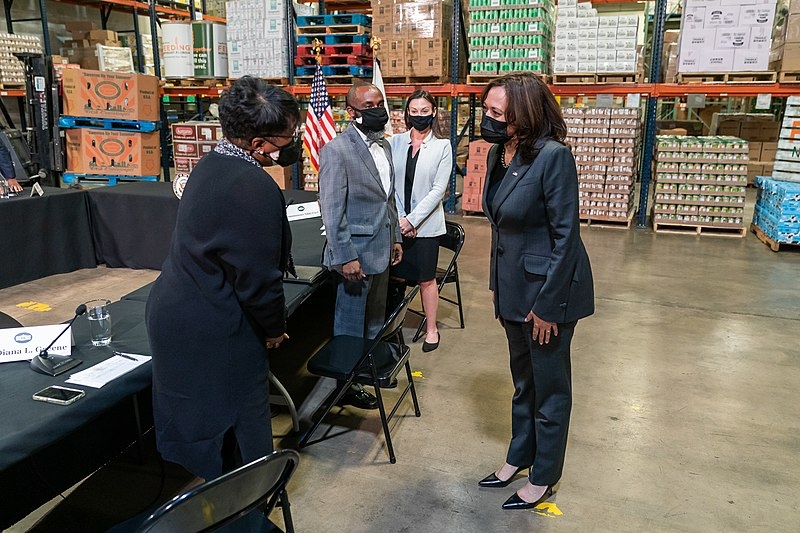 Following the 2020 elections, Republicans have been leading efforts that have been criticized as efforts to suppress communities of color from voting. During a recent AAPI summit, Vice President Kamala Harris criticized GOP-led voter suppression efforts.

Harris addressed the first AAPI Victory Alliance Unity Summit this week, highlighting the Asian-American and Pacific Islander communities’ importance in the country and its electoral process. Harris is the first woman and the first Asian-American to get elected to the vice presidency and slammed the Republican-led efforts in voter suppression that would disproportionately affect communities of color. Along with Harris, former Secretary of State Hillary Clinton and Senators Cory Booker, Mazie Hirono, and Ben Ray Lujan were also present in the event.

“Asian Americans have the right to be recognized as American. Not as the ‘other,’ not as ‘them,’ but as ‘us’” said Harris. “In America, I do believe a harm against any one of us is a harm against all of us and we should all then recognize that interconnection between each of us,”

“Since the start of 2021, more than 360 bills to restrict the right to vote have been introduced in nearly every state. Many of these bills specifically target vote by mail. And let’s be clear about this, (they) specifically target vote by mail while 64% of Asian Americans vote by mail,” added the vice president. “We must see the efforts for what they are. Let’s be clear-eyed. They are an attempt to suppress the right to vote.”

During the 2016 and 2020 elections, Asian Americans and Pacific Islanders increased their turnout by 46 percent. The AAPI community is also the group with the highest rate of voting by mail.

In other news, Harris and President Joe Biden may be in lockstep with each other now, but they were bitter rivals during the primaries, especially the debates. According to a book by The Atlantic writer Edward-Isaac Dovere, Biden’s wife, first lady Dr. Jill Biden, privately blasted Harris following her attack on Biden during the debates.

In the book, Dovere writes, many people revealed that Mrs. Biden said on a phone call with her husband’s supporters, “With what he cares about, what he fights for, what he’s committed to, you go up there and call him racist without basis? Go f*** yourself.”