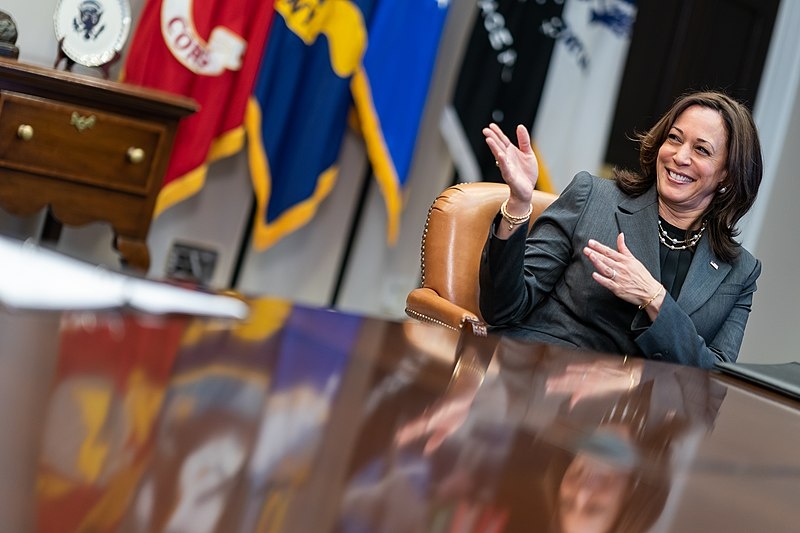 Vice President Kamala Harris was among the star-studded lineup of public figures that addressed this year’s graduates over the weekend. Harris commended students who are graduating this year despite the obstacles presented by the ongoing pandemic.

Harris addressed the class of 2021 in CNN’s tv special, “Graduation 2021: A CNN Special Event,” that aired Sunday and hosted by Brianna Keilar and Don Lemon. The tv special comes as many graduation ceremonies across the US have been scaled down or held virtually this year due to the pandemic. This also marks the second year that graduation ceremonies have been held virtually while other schools find ways to continue with the in-person commencement exercises.

Harris also spoke with four student leaders from all over the country and commended the Class of 2021 for what they have accomplished. One of them, Ahmed Muhammad, is the first Black male Valedictorian at the Oakland Technical High School. Muhammad, during his speech, included parts of the historic phrase said by Harris, “I may be the first woman in this office, I will not be the last.”

Previously, Harris also addressed the rising hate crimes against Asian Americans and Pacific Islanders in her remarks at the AAPI Heritage Month Unity Summit last week. Harris, who is the first Asian American to get elected to the vice presidency, condemned the increased high-profile attacks against members of the AAPI community especially in the early days of the pandemic in 2020.

Harris also cited statistics from the Stop AAPI Hate, which has recorded 6,600 reports of racist violence against Asian Americans from March 2020 to March 2021.